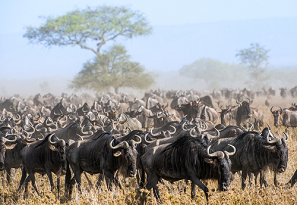 Spoiler: this is possible without any logical dump.

At first, I checked Amazon’s documentation on encryption and found nothing about this type of migration. Even more, if I trust the documentation it looks like they don’t support replication or migration between encrypted MySQL RDS and encrypted Aurora. All instructions are for either “MySQL RDS to MySQL RDS” or “Aurora to Aurora” setups. For example, the documentation says here:

When I tried to create an Aurora read replica of my encrypted MySQL RDS instance, however, the “Enable Encryption” select control was grayed out and I could not change “No” to “Yes”.

I had to find a workaround.

Another idea was creating an encrypted MySQL RDS replica and migrating it to Aurora. While creating encrypted MySQL replica is certainly possible (actually all replicas of encrypted instances must be encrypted) it was not possible to migrate it to any other instance using the standard “Migrate Latest Snapshot” option: 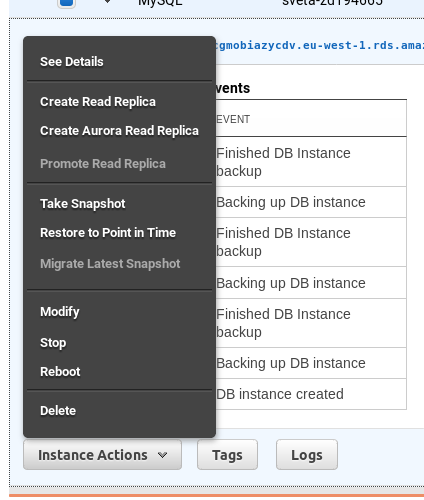 However, the documentation specified that Aurora and MySQL RDS use the same AWS KMS key. As a result, both kinds of encryption should be compatible (if not practically the same). Amazon also has the “AWS Database Migration Service“, which has this promising section in its FAQ:

Q. Can I replicate data from encrypted data sources?

I decided to give it a try. And it worked!

The next step was to make this newly migrated Aurora encrypted instance a read replica of the original MySQL RDS instance. This is easy in part with the help of great how-to on migration by Adrian Cantrill. As suggested, you only need to find the master’s binary log file, current position and supply them to the stored routine mysql.rds_set_external_master. Then start replication using the stored routine mysql.rds_start_replication.

Conclusion: While AWS Database Migration Service has limitations for both source and target databases, this solution allows you to migrate encrypted instances easily and securely.