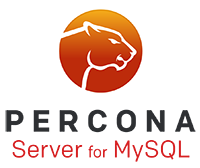 Percona is glad to announce the GA release of Percona Server for MySQL 5.7.18-16 on July 28, 2017 (Downloads are available here and from the Percona Software Repositories).

Please note that RHEL 5, CentOS 5 and Ubuntu versions 12.04 and older are not supported in future releases of Percona Server and no further packages are added for these distributions.

The release notes for Percona Server for MySQL 5.7.18-16 are available in the online documentation. Please report any bugs on the launchpad bug tracker.

Due to new package dependency, Ubuntu/Debian users should use apt-get dist-upgrade or apt-get install percona-server-server-5.7 to upgrade.