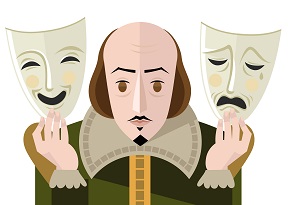 In this blog post, we’ll walk through the native MongoDB authentication and roles, and learn how to create personalized roles. It is a continuation of Securing MongoDB instances.

As said before, MongoDB features a few authentication methods and built-in roles that offer great control of both who is connecting to the database and what they are allowed to do. However, some companies have their own security policies that are often not covered by default roles. This blog post explains not only how to create personalized roles, but also how to grant minimum access to a user.

SCRAM-SHA-1 and MONGODB-CR are challenge-response protocols. All the users and passwords are saved encrypted in the MongoDB instance. Challenge-response authentication methods are widely used on the internet in several server-client software. These authentication methods do not send passwords as plain text to the server when the client is starting an authentication. Each new session has a different hash/code, which stops people from getting the password when sniffing the network.

The MONGODB-CR method was deprecated in version 3.0.

The x.509 authentication is an internal authentication that allows instances and clients to communicate to each other. All certificates are signed by the same Certificate Authority and must be valid. All the network traffic is encrypted by a given key, and it is only possible to read data with a valid certificate signed by such key.

MongoDB also offers external authentications such as LDAP and Kerberos. When using LDAP, users can log in to MongoDB using their centralized passwords. The LDAP application is commonly used to manage users and passwords in wide networks. Kerberos is a service that allows users to login only once, and then generates access tickets so that the users are allowed to access other services. Some configuration is necessary to use external authentication.

In this tutorial, we are going to give specific privileges to a user who is allowed to only read the database, although he is allowed to write in a specific collection.

For this tutorial, we are using MongoDB 3.4 with previously configured authentication.