Percona Server for MySQL in Docker Swarm with Secrets 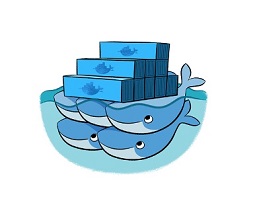 Some small changes to the startup script for the Percona-Server container image allows us to specify a file that contains password values to set as our root user’s secret. “Why do we need this functionality,” I hear you cry? When we use an environment variable, it’s not terribly hard to locate the value to which someone has set as their database root password. Environment variables are not well suited for sensitive data. We preach against leaving our important passwords in easy to reach places. So moving towards something more secure whilst retaining usability is desirable. I’ll detail the current methods, the problems, and finish off with Docker Secrets – which in my opinion, is the right direction to be heading.

I’ll elaborate on the main reason why we would want to change from the default given behavior. In the documentation for using the MySQL/Percona and MariaDB containers, we are invited to start containers with an environment variable to control what the instance’s root password is set as upon startup. Let’s demonstrate with the latest official Percona-Server image from Percona’s repository of images on the Docker Hub registry:

Then start a container:

Looks good, eh? Let’s inspect this container a little closer to reveal why this method is flawed:

We don’t want the root password exposed here, not really. If we wanted to use this method in docker-compose files, we would also be storing passwords inline, which isn’t considered a secure practice.

Another approach is to use an environment file. This is simply a file that we can provide docker run or docker-compose in order to instantiate the environment variables within the container. It’s a construct for convenience. So just to illustrate that we have the same problem, the next example uses the mechanism of an environment file for our database container:

While we’re not specifying it in our docker run command or our docker-compose.yml file, the password value remains on our filesystem within the environment file. Again, not ideal.

With the ability to use a password file it obscures this from the inspect output. Let’s roll through the steps we would use to leverage this new option. With our new Percona-Server image, we’re going to start a container, but first let’s create an arbitrary file containing our desired password:

Now start a container where we’re going to bind mount the file, and use our new environment variable to point to it:

With the same inspect command, let’s show that there’s no snooping on our password value:

We are revealing the path where our password was read from within the container. For those eagle-eyed readers, this file was just a bind mounted file in the docker run command, and it’s still on the host’s filesystem.

Not perfect, because we need to have that file available on all of our Docker hosts, but it works and we’re closer to a more robust solution.

The main reason for the new environment variable is to leverage the docker secrets feature. Since Docker version 1.13 (17.03 is now GA), we have the Docker Secrets feature, however it’s only available to the Docker Swarm workflow. If you’re not already working with Docker Swarm mode, I can’t recommend it enough. It’s part of Docker-engine, simple to get started, and intuitive since 1.13 it is compatible with docker-compose files. You don’t need to have a cluster of hardware, it’s entirely valid to use Docker Swarm on a single node. This allows you to test on your local environment with ease.

I won’t waste pixels explaining what’s already well documented in official channels, but in summary: Docker secrets is a new feature that allows us to keep sensitive information out of source code and configuration files. Secrets are stored in the Raft log which is encrypted and replicated throughout the Docker Swarm cluster. The protection and distribution come for free out of the box, which is a fantastic feature if you ask me.

So, let’s create a Docker Secret. Please note that I’ve moved to my Docker Swarm installation for this next part:

Operating as a swarm manager we have the ability to create a new secret to serve as our root user’s password:

Now our secret has been created, it’s obscured from us. We are unable to see it’s value.

Now we can use our secret to set our authentication for the MySQL instance by doing the following:

You can see that instead of docker run, I’ve issued the swarm equivalent docker service create, which is going to start a new Percona-Server container in the scope of my Swarm workflow. I’m also using the –secret option to tell docker to mount my secret in the container, which gets mounted to a file under the path /run/secrets/{secret_name}. The final point here, I’m passing MYSQL_ROOT_PASSWORD_FILE=/path/to/secret as an environment variable to let the startup script know where to find the file with my secret value for the root password. Once the startup routine has completed and the container has started successfully I can connect to my container to test the password was set correctly:

The secret can be shared around any container where it’s necessary, simply by telling Docker to use the secret when instantiating a container. For example, if I wanted to start an application container such as a WordPress instance, I can use a secret object to easily share credentials to the data source safely and consistently.

This method is totally viable for other forms of sensitive data. For example, I can generate SSL certificates and use Docker secrets to add them to my containers for encrypted replication or forcing secure logins from remote clients. I’m still thinking of all the possible use cases for this option and no doubt will have some more to share with you in the near future.

Please share your comments, suggestions and corrections in the comments below. Thank you for reading.