In this blog post, we’ll look at the performance of SST data transfer using encryption.

In my previous post, we reviewed SST data transfer in an unsecured environment. Now let’s take a closer look at a setup with encrypted network connections between the donor and joiner nodes.

The base setup is the same as the previous time:

The setup details for the encryption aspects in our testing:

Several notes regarding the above aspects:

Results (click on the image for an enlarged view): 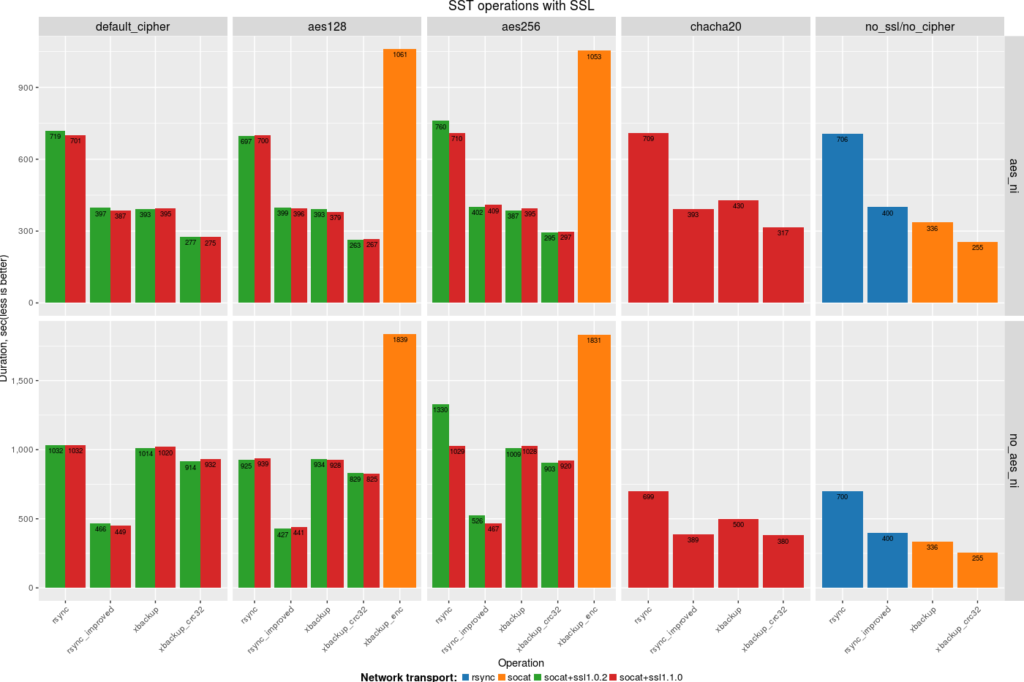 For purposes of the testing, I’ve created a script “sst-bench.sh” that covers all the methods used in this post. You can use it to measure all the above SST methods in your environment. In order to run the script, you have to adjust several environment variables at the beginning of the script: joiner ip, datadirs location on joiner and donor hosts, etc. After that, put the script on the “donor” and “joiner” hosts and run it as the following: