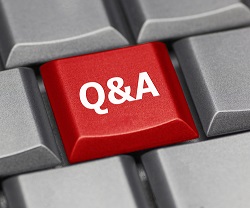 In this blog, I will provide answers to the Q & A for the Troubleshooting Issues with MySQL Character Sets webinar.

First, I want to thank everybody for attending the March 9 MySQL character sets troubleshooting webinar. The recording and slides for the webinar are available here. Below is the list of your questions that I wasn’t able to answer during the webinar, with responses:

Q: We’ve had some issues converting tables from utf8  to utf8mb4. Our issue was that the collation we wanted to use – utf8mb4_unicode_520_ci – did not distinguish between spaces and ideographic (Japanese) spaces, so we were getting unique constraint violations for the  varchar fields when two entries had the same text with different kinds of spaces. Have you seen this problem and is there a workaround? We were wondering if this was related to the mother-child character bug with this collation.

A: Unfortunately this issue exists for many languages. For example, in Russian you cannot distinguish “е” and “ё” if you use utf8 or utf8mb4. However, there is hope for Japanese: Oracle announced that they will implement new language-specific utf8mb4 collations in MySQL 8.0. I already see 21 new collations in my 8.0.0 installation.

In 8.0.1 they promised new case-sensitive and Japanese collations. Please see this blog post for details. The note about the planned Japanese support is at the end.

Meanwhile, I can only suggest that you implement your own collation as described here. You may use utf8_russian_ci collation from Bug #51976 as an example.

Q: If receiving utf8 on latin1 charset it will be corrupted. Just want to confirm that you can reformat as utf8 and un-corrupt the data? Also, is there a time limit on how quickly this needs to be done?

A: It will be corrupted only if you store utf8 data in the  latin1 column. For example, if you have a table, defined as:

And then insert a word in utf8 format into it that contains characters that are not in the  latin1 character set:

The data in UTF8 will be corrupted and can never be recovered:

However, if your data is stored in the  UTF8 column and you use latin1 for a connection, you will only get a corrupted result set. The data itself will be left untouched:

Q: Can you discuss how charsets affect mysqldump? Specifically, how do we dump a database containing tables with different default charsets?

The default value for mysqldump is utf8. You only need to change this default if you use values that are outside of the range supported by  utf8 (for example, the smileys in utf8mb4).

Q: But if you use the  --single-transaction option for mysqldump, you can only specify one character set in the default?

Q: How are tools like pt-table-checksum affected by charsets? Is it safe to use a 4-byte charset (like utf8mb4) as the default charset for all comparisons? Assuming our tables are a mix of latin1 , utf8 and utf8mb4.

A: With this combination, you won’t have any issues: pt-table-checksum uses a complicated set of functions that joins columns and calculates a  crc32 checksum on them. In your case, all data will be converted to utf8mb4 and no conflicts will happen.

However, if you use incompatible character sets in a single table, you may get the error "Illegal mix of collations for operation 'concat_ws' ":

The tool continues working, and will process the rest of your tables. I reported this behavior as Bug #1674266.

Thanks for attending the Troubleshooting Issues with MySQL Character Sets webinar.