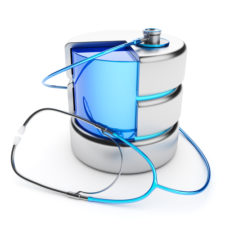 This blog we describe an issue with MySQL 5.7’s super_read_only feature when used alongside with GTID in chained slave instances.

To save space, this table needs to be compressed periodically by replacing GTIDs rows with a single row that represents that interval of identifiers. For example, the above GTIDs can be represented with the following row:

On the other hand, we have the super_read_only feature, if this option is set to ON, MySQL won’t allow any updates – even from users that have SUPER privileges. It was first implemented on WebscaleSQL and later ported to Percona Server 5.6. MySQL mainstream code implemented a similar feature in version 5.7.8.

MySQL’s super_read_only feature won’t allow the compression of the mysql.gtid_executed table. If a high number of transactions run on the master instance, it causes the gtid_executed table to grow to a considerable size. Let’s see an example.

I’m going to use the MySQL Sandbox to quickly setup a Master/Slave configuration, and sysbench to simulate a high number of transactions on master instance.

Next, set up the variables for a chained slave instance:

After running sysbench for awhile, we check that the number of rows in the gtid_executed table is increasing faster:

By reviewing SHOW ENGINE INNODB STATUS, we can find a compression thread running and trying to compress the gtid_executed table.

This thread runs and takes ages to complete (or may never complete). It has been reported as #84332.

What happens if you have to stop MySQL while the thread compressing the gtid_executed table is running? In this special case, if you run the flush-logs command before or at the same time as mysqladmin shutdown, MySQL will actually stop accepting connections (all new connections hang waiting for the server) and will start to wait for the thread compressing the gtid_executed table to complete its work. Below is an example.

We’ve tried to shutdown the instance, but it hangs:

This bug has been reported and verified as #84597.

If you already have an established connection to your database with SUPER privileges, you can disable the super_read_only feature dynamically. Once that is done, the pending thread compressing the gtid_executed table completes its work and the shutdown finishes successfully. Below is an example.

We check rows in the gtid_executed table:

We disable the super_read_only feature on an already established connection:

We check the rows in the gtid_executed table again, verifying that the compress thread ran successfully.

Now we can shutdown the instance without issues:

You can disable the super_read_only feature before you shutdown the instance to compress the gtid_executed table. If you ran into bug above, and don’t have any established connections to your database, the only way to shutdown the server is by issuing a kill -9 on the mysqld process.

As shown in this blog post, some of the mechanics of MySQL 5.7’s super_read_only command are not working as expected. This can prevent some administrative operations, like shutdown, from happening.