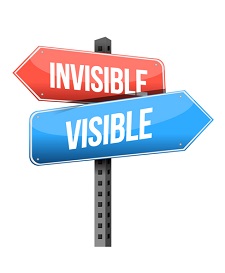 MySQL 8.0 has a new feature called “invisible indexes,” which allow you to quickly enable/disable indexes from being used by the MySQL Optimizer.

I wanted to share some of my first experiences and thoughts about this new feature.

Why is it good for us?

There are a couple of use cases. One of them is if you want to drop an index, but want to know the effect beforehand. You can make it invisible to the optimizer. It is a quick metadata change to make an index invisible. Once you are sure there is no performance degradation, you can then drop the index.

The main point is that the invisible index is unavailable for use by the optimizer, but it is still present and kept up-to-date by write operations. The optimizer won’t use it, even if we try to “FORCE INDEX”. I think we should be able to force it somehow, though. There might be scenarios where this could be useful:

How can you create invisible indexes?

There are two options. We can create a table with an invisible index like this:

Or we can use alter table and change the index to be invisible:

If we want to remove an index now, we can change it to invisible. But what about queries that use “FORCE/USE INDEX”? Are they are going to throw an error? If you force an index that does not exist, you get an error. You don’t get an error with invisible indexes. The optimizer doesn’t use it, but it knows that it exists.

As you can see, if we use “FORCE INDEX” with an invisible index MySQL performs a full table scan because (from mysql.com):

The FORCE INDEX hint acts like USE INDEX (index_list), with the addition that a table scan is assumed to be very expensive. In other words, a table scan is used only if there is no way to use one of the named indexes to find rows in the table.

MySQL won’t throw any errors because the index exists, but it is not visible. Even if there is another usable index, it is going to perform a full table scan. On a large table, that could cause serious performance issues. Even if MySQL doesn’t throw any errors during the query execution, it should log a warning in the error log.

You can read more about invisible indexes in this blog post, and in the MySQL Documentation.