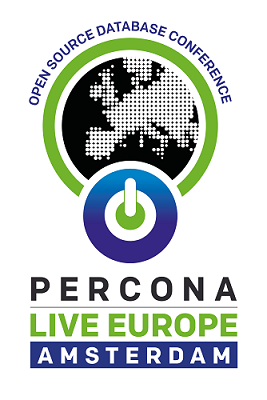 This year, you will find a great deal about MongoDB at Percona Live Europe.

As we continue to work on growing the independent MongoDB ecosystem, this year’s Percona Live Europe in Amsterdam includes many talks about MongoDB. If your company uses MongoDB technologies, is focused exclusively on developing with MongoDB or MongoDB operations, or is just evaluating MongoDB, attending Percona Live Europe will prove a valuable experience.

As always with Percona Live conferences, the focus is squarely on the technical content — not sales pitches. We encourage our speakers to tell the truth: the good, the bad and the ugly. There is never a “silver bullet” when it comes to technology — only tradeoffs between different solution options.

As someone who has worked in database operations for more than 15 years, I recognize and respect the value of “negative information.” I like knowing what does not work, what you should not do and where trouble lies. Negative information often proves more valuable than knowing how great the features of a specific technology work — especially since the product’s marketing team tends to highlight those very well (and they seldom require independent coverage).

For MongoDB at this year’s Percona Live Europe:

There will also be a number of talks about how MongoDB interfaces with other technologies. We show how ToroDB can use the MongoDB protocol while storing data in a relational database (and why that might be a good idea), we contrast and compare MySQL and MongoDB Geospatial features, and examine MongoDB from MySQL DBA point of view.

We also how to use Apache Spark to unify data from MongoDB, MySQL, and Redis, and what are generally the best practices for choosing databases for different application needs.

Finally, if you’re just starting with MongoDB and would like a jump start before attending more detailed MongoDB talks, we’ve got a full day MongoDB 101 tutorial for you.

Join us for the full conference, or register for just one day if that is all your schedule allows. But come to Percona Live Europe in Amsterdam on October 3-5 to get the best and latest MongoDB information.