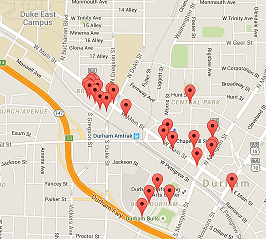 This blog post will discuss creating geo-enabled applications with MongoDB, GeoJSON and MySQL.

Recently I published a blog post about the new GIS features in MySQL 5.7. Today I’ve looked into how to use MongoDB (I’ve tested with 3.0 and 3.2, with 3.2 being much faster) for the same purpose. I will also talk about GIS in MySQL and MongoDB at Percona Live next week (together with my colleague Michael Benshoof).

MongoDB has a very useful feature called “geoNear.” There are other MongoDB spatial functions available to calculate the distance on a sphere (like the Earth), i.e. $nearSphere , $centerSphere, $near – but all of them have restrictions. The most important one is that they do not support sharding. The  geoNear command in MongodDB, on the other hand, supports sharding. I will use geoNear in this post.

For this test, I exported Open Street Map data from MySQL to MongoDB (see the “Creating GEO-enabled applications with MySQL 5.6” post for more details on how to load this data to MySQL).

Another option would be using the osm2mongo Ruby script, which will convert the osm file and load it directly to MongoDB.

Now I can use the geoNear command to find all the restaurants near my location:

I’ve tested the performance of the above geoNear query with MongoDB 3.0 and MongoDB 3.2 (both the old and new versions of 2dsphere index). All the results statistics are for a "limit": 5 and "maxDistance": 10000.

What is interesting here is that even with the "2dsphereIndexVersion" : 2, MongoDB 3.2 performs much faster and scans a much smaller number of documents.

That is significantly faster, 1ms for five results!

To compare to the performance of the above query, I’ve created a similar query in MySQL. First of all, we will need to use the good old bounding rectangle (envelope) trick to only include the points in the 10 miles radius (or so). If we don’t, MySQL will not be able to use spatial (RTREE) index. I’ve created the following function to generate the envelope:

Then we can use the following query (an update of the GeoJSON query from my previous post):

To recap the difference between MongoDB geoNear and MySQL st_distance_sphere:

Time-wise, this is not an apples to apples comparison as the query is quite different and uses a different technique.

Now we can add those on a map: 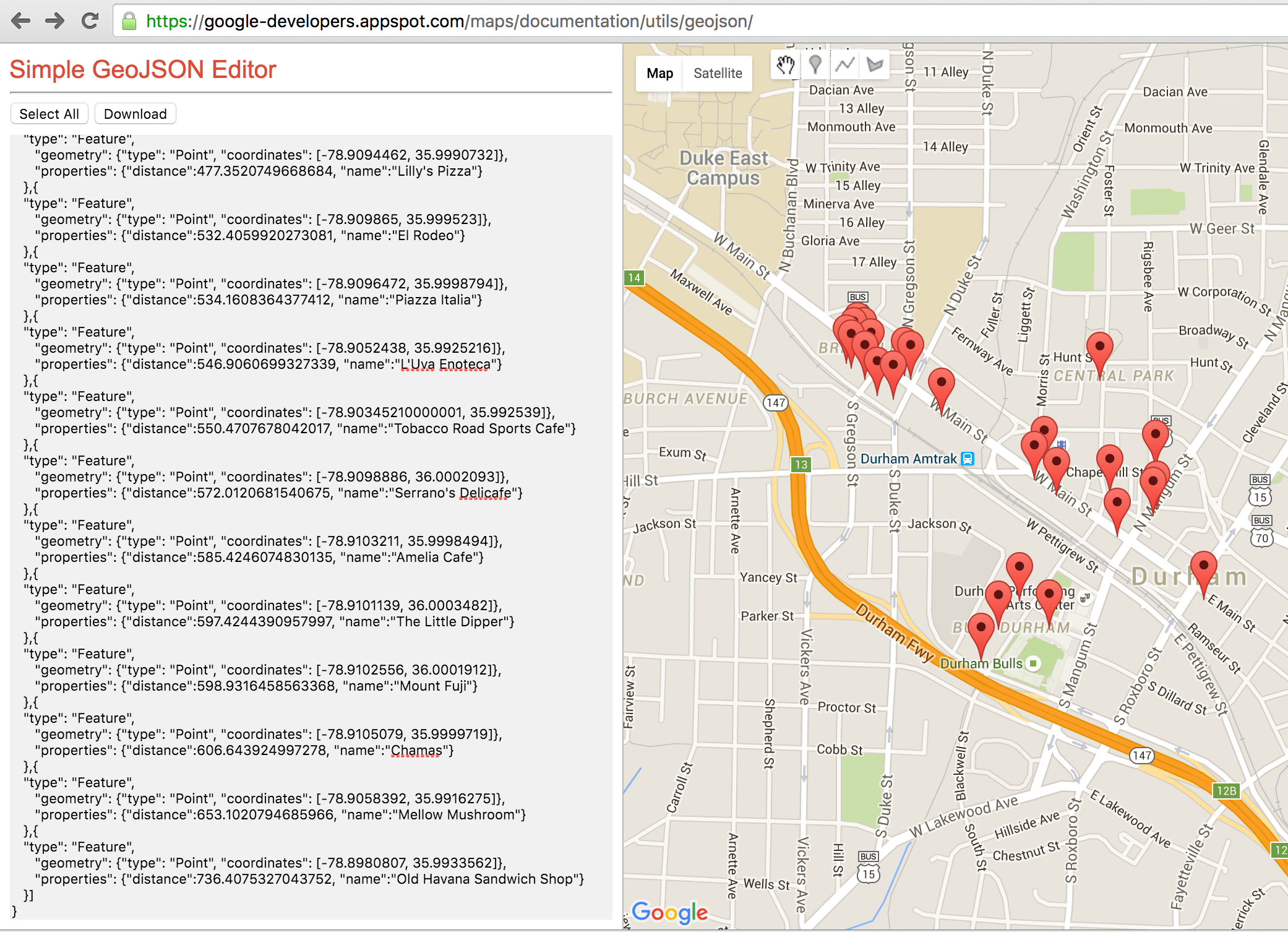 Back to MongoDB: pluses and minuses

MongoDB uses Google’s S2 library to perform GIS calculations. The geoNear command is fast and easy to use for finding points of interests near you (which is the most common operation). However, full GIS support does not natively exist.

Another issue I came across when creating a 2dsphere index: MongoDB is very strict when checking the lines and polygons. For example:

This is a “bad” line string as the starting point and ending point are the same. I had to remove the bad data from my MongoDB imported dataset, which was tricky by itself. MongoDB (as opposed to MySQL) does not have a native way to compare the values inside the JSON, so I had to use $where construct – which is slow and acquires a global lock:

After that, I was able to add the 2dsphere index.

MongoDB looks good, is pretty fast and easy for geo-proximity search queries – until you go outside of the one function and need full GIS support (which does not natively exist). It may be trickier to implement other GIS functions like st_contains or st_within.

Update 2: I was asked about MySQL and GeoJSON: why not to use the ST_MakeEnvelope function. One of the issues with ST_MakeEnvelope is that it only works with SRID 0 (it requires point geometry arguments with an SRID of 0) and OSM data is stored with SRID 1. But also I will need to “add” 10 miles to my point. The only way to do that is to calculate the new point, 10 miles apart from “my” point/location. I have to use a custom function to manipulate the lat/lon pair.

And if I remove “st_within(shape, create_envelope(@lat, @lon, 10))” from the query it will show the full table scan: