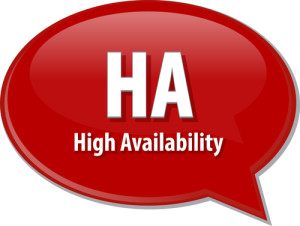 In this post, the first one of a Maxscale series, I describe how to use MariaDB’s MaxScale and MySQL-utilities with MySQL Asynchronous replication.

When we talk about high availability with asynchronous replication, we always think about MHA or PRM. But if we want to transparently use the slave(s) for READs, what can we use ?

To achieve our goals, we will use MaxScale and it’s R/W filter. When using Maxscale and asynchronous replication with MariaDB, it’s possible to use MariaDB’s replication manager, which is a wonderful tool written in Go. Unfortunately, this tool doesn’t support standard MySQL. To replace it, I used then the Oracle’s MySQL-Utilities.

Our three nodes are:

It’s mandatory in this solution to use GTID, as it’s the only method supported by the mysql-utilities we are using.

This is the MaxScale configuration:

As you can notice, the Splitter Service contains only the two nodes able to handle the load.

And to perform the failover, in the Replication Monitor section, we define a script to use when the master is down.

In the script we also define the following line to be sure the weak slave will never become a master.

When everything is setup and running, you should see something like this:

So as you can see, Maxscale discovers on its own which server is the master; this doesn’t need to be specified in the configuration.

You can also use mysqldrpladmin utility to verify the cluster’s health:

When we test with sysbench, and we stop the master, we can see that there are some errors due to disconnects. Also, during the promotion of the new master, sysbench can’t reconnect: