The Q&A: Creating best-in-class backup solutions for your MySQL environment 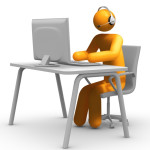 Thank you for attending my July 15 webinar, “Creating Best in Class Backup solutions for your MySQL environment.” Due to the amount of content we discussed and some minor technical difficulties faced near the end of webinar we have decided to cover the final two slides of the presentation along with the questions asked by attendees during the webinar via this blog post.

The slides are available for download. And you can watch the webinar in it’s entirety here.

The final two slides were about our tips for having a good backup and recovery strategy. Lets see the bullet points along with what would have been their explanation during the webinar :

Now lets try to answer some of the questions asked during the webinar :

Q : –use-memory=2G, is that pretty standard, if we have more more, should we have a higher value?
Usually we would evaluate the value based on size of xtrabackup_logfile (amount of transactions to apply). If you have more free memory feel free to provide it to –use-memory, you dont want to let the memory be a bottleneck in the restore process.

Q : which is the best backup option for a 8Tb DB?
Usually it would depend on what type of data would you have and business requirements for the backups. For eg: a full xtrabackup and later incrementals on the weekdays would be a good idea. Time required for backups play an important role here, backing up to a slow NAS share can be time consuming, and it will make xtrabackup record lot of transactions which will further increase your restore time. Also look into backing up very important medium-small size tables via logical backups.

Q : I’m not sure if this will be covered, but if you have a 3 master-master-master cluster using haproxy, is it recommended to run the backup from the haproxy server or directly on a specific server? Would it be wise to have a 4th server which would be part of the cluster, but not read from to perform the backups?
I am assuming this a Galera cluster setup, in which case you can do backups locally on any of the node by using tools like percona xtrabackup, however the best solution would be spinning off a slave from one of the nodes and running backups there.

Q : With Mudumper, can we strem the data over SSH or netcat to another server? Or would one have to use something like NFS? I’ve used mysqldump and piped it over netcat before.. curious if we can do that with Mydumper ?
Mydumper is similar in nature with other mysql client tools. They can be run remotely (–host option). Which means you can run mydumper from another server to backup from the master or slave. Mydumper can be piped for sure too.

Q : Is Mydumper still maintained. It hasn’t had a release since March of last year?
Indeed, Max Bubenick from Percona is currently maintaining the project. Actually he has added new features to the tool which  makes it more comprehensive and feature rich. He is planning the next release soon, stay tuned for the blog post.

Q : Is MyDumper an opensource ? prepare and restore are same ?
Absolutely. Right now we need to download the source and compile, however very soon we will have packages built for it too. Prepare and Restore are common terminologies used in the backup lingo, in the webinar, Restore means copying back the backup files from its storage location to the destination location, whereas Prepare means applying the transactions to the backup and making it ready to restore.

Q : Is binlog mirroring needed on Galera (PXC)?
It is good idea to keep binlog mirroring. Even though the IST and SST will do its job to join the node, the binlogs could play a role in case you wanted to rollforward a particular schema on a slave or QA instance.

Q : As we know that Percona XtraBackup takes Full & Incremental as well. Like that Does MyDumper helps in taking the incremental backup.?
At this moment we do not have the ability to take Incremental backups with mydumper or with any other logical backup tool. However, Weekly full backups (logical) and daily binlog backups can serve as the same strategy with other Incremental backup solutions, plus they are easy to restore 🙂

Q : Is it possible to encrypt the output file ? What will be Best methodology to back up data with the database size of 7 to 8 Gb and increses 25 % each day ? what is difference between innobackupex and mydumper ?
Indeed its possible to encrypt the backup files, as a matter of fact, we encrypt backup files with GPG keys before uploading to offsite storage. The best method to backup a 7 to 8G instance would be implementing all 3 types of backup we discussed in the webinar, your scenarios require planning for the future, so its always best to have different solutions available as the data grows. Innobackupex is part of the Percona-Xtrabackup toolkit and is a script which does binary backups of databases, MyDumper on the other hand is a logical backup tool which creates backups as text files.

Q : How can I optimize a MySQL dump of a large database? The main bottleneck while taking MySQL dump backup of a large database is if any table is found to be corrupted then it never goes beyond by skipping this corrupted tables temporary. Can we take database backup of large database without using locking mechanism i.e. Does someone know how to make the backup without locking the tables ? Is there any tools which would faster in restoration and backup technique or how come we use MySQL dump to optimize this kind of issue in future during crash recovery.
Mysqldump is logical backup tool, and as such it executes full table scans to backup the tables and write them down in the output file, hence its very difficult to improve performance of mysqldump (query-wise). Assuming that you’re referring the corruption to MyISAM tables, it is highly recommended you repair them before backing up, also to make sure mysqldump doesnt fail due to error on such a corrupt table try using –force option to mysqldump. If you’re using MyISAM tables first recommendation would be to switch to Innodb, with most of the tables innodb locking can be greatly reduced, actually till a point where the locking is negligible, look into –single-transaction. Faster backup recovery can be achieved with binary backups, look into using Percona Xtrabackup tool, we have comprehensive documentation to get you started.

Hope this was a good webinar and we have answered most of your questions. Stay tuned for more such webinars from Percona.

Akshay Suryawanshi joined Percona in March 2013. He began his role as a Support Engineer and then moved to the fast-growing Remote DBA team. Before joining Percona he worked as a MySQL DBA managing more than a dozen clients. He specializes in MySQL internals especially InnoDB. Akshay has a Bachelor of Science in Information technology and is OCP certified in MySQL. He currently resides in Mumbai, India