An idea for a benchmark based on the “arrival request” rate that I wrote about in a post headlined “Introducing new type of benchmark” back in 2012 was implemented in Sysbench. However, Sysbench provides only a simple workload, so to be able to compare InnoDB with TokuDB, and later MongoDB with Percona TokuMX, I wanted to use more complicated scenarios. (Both TokuDB and TokuMX are part of Percona’s product line, in the case you missed Tokutek now part of the Percona family.)

Thanks to Facebook – they provide LinkBench, a benchmark that emulates the social graph database workload. I made modifications to LinkBench, which are available here: https://github.com/vadimtk/linkbenchX. The summary of modifications is

Also, I provide a Java package, ready to execute, so you do not need to compile from source code. It is available on the release page at https://github.com/vadimtk/linkbenchX/releases

So the main focus of the benchmark is the response time and its stability over time.

For an example, let’s see how TokuDB performs under different request rates (this was a quick run to demonstrate the benchmark abilities, not to provide numbers for TokuDB). 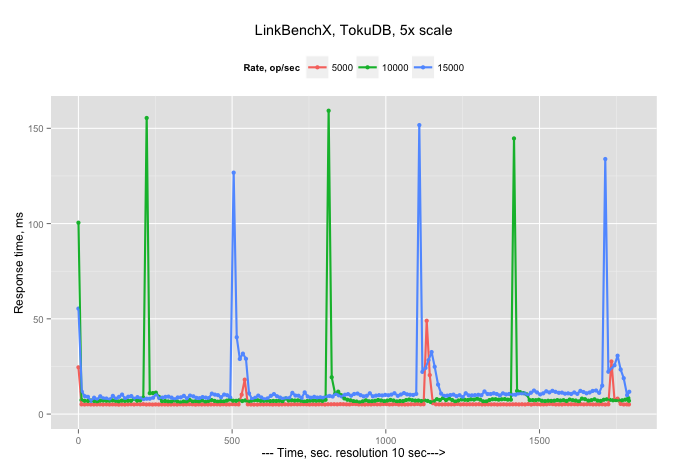 or, to smooth spikes, the same graph, but with Log 10 scale for axe Y: 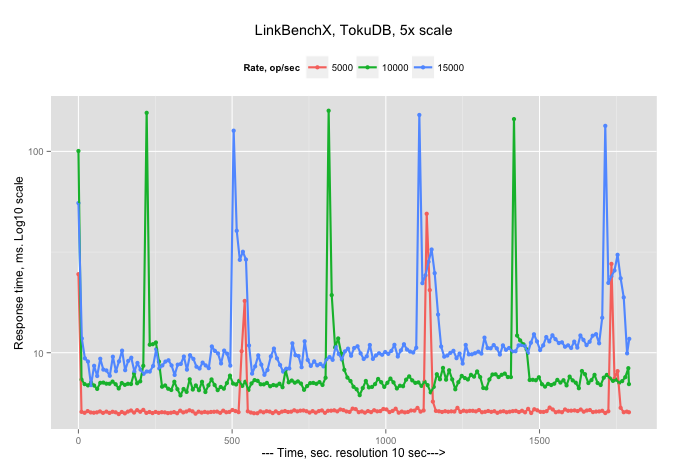 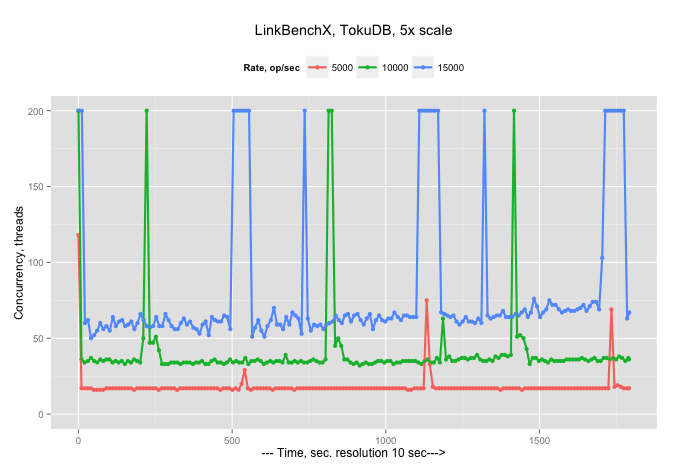 …with an explainable observation that more threads are needed to handle bigger arrival rates, and also during spikes all available 200 threads (it is configurable) become busy.

I am looking to adopt LinkBenchX to run an identical workload against MongoDB.
The current schema is simple

I am open for suggestions as to what is the proper design of documents for MongoDB – please leave your recommendations in the comments.