Hyper-threading -How does it double CPU throughput? 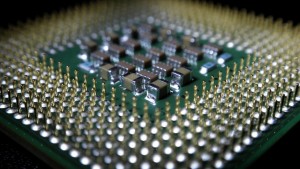 The other day a customer asked me to do capacity planning for their web server farm. I was looking at the CPU graph for one of the web servers that had Hyper-threading switched ON and thought to myself: “This must be quite a misleading graph – it shows 30% CPU usage. It can’t really be that this server can handle 3 times more work?”

I decided to do what we usually do in such case – I decided to test it and find out the truth. Turns out – there’s more to it than meets the eye.

Sounds almost like magic, but in reality (and correct me if I’m wrong), what HT does essentially is – by presenting one CPU core as two CPUs (threads rather), it allows you to offload task scheduling from kernel to CPU.

So for example, if you just had one physical CPU core and two tasks with the same priority running in parallel, the kernel would have to constantly switch the context so that both tasks get a fair amount of CPU time. If, however, you have the CPU presented to you as two CPUs, the kernel can give each task a CPU and take a vacation.

On the hardware level, it will still be one CPU doing the same amount of work, but there may be some optimization to how that work is going to be executed.

Here’s the problem that was driving me nuts: if HT does NOT actually give you twice more power and yet the system represents statistics for each CPU thread separately, then at 50% CPU utilization (as per mpstat on Linux), the CPU should be maxed out.

So if I tried to model the scalability of that webserver – a 12-core system with HT enabled (represented as 24 CPUs on a system), assuming perfect linear scalability, here’s how it should look:

From the user perspective, this limitation would hit VERY unexpectedly, as one would expect 50% utilization to be… well, exactly that – 50% utilization.

In fact, the CPU utilization graph would look even more frustrating. For example, if I were increasing the number of parallel requests linearly from 1 to 24, here’s how that relationship should look:

Hence CPU utilization would skyrocket right at 12 cores from 50% to 100% because in fact, the system CPU would be 100% utilized at this point.

What happens in reality

Naturally, I decided to run a benchmark and see if my assumptions are correct. The benchmark was pretty basic – I wrote a CPU-intensive php script, that took 1.2s to execute on the CPU I was testing this and bashed it over http (apache) with ab at increasing concurrency. Here’s the result: 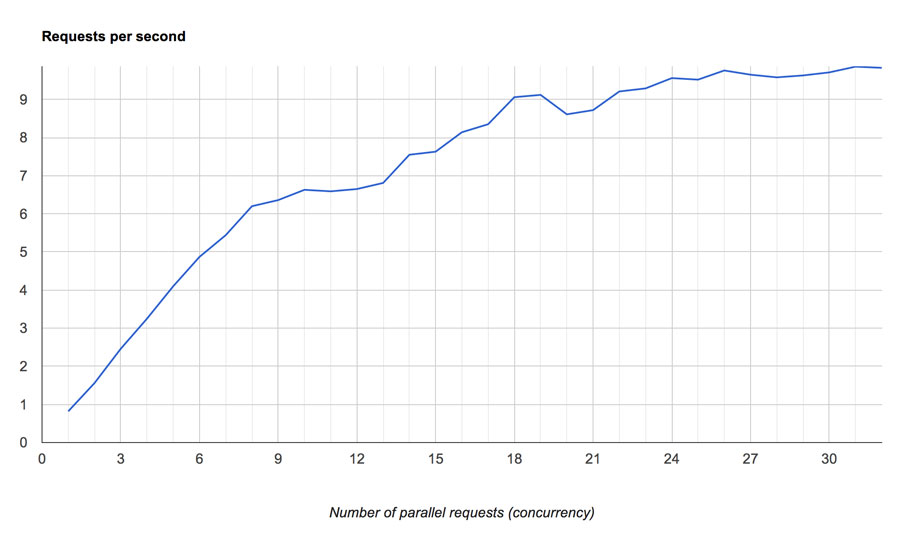 Raw data can be found here.

If this does not blow your mind, please go over the facts again and then back at the graph.

Still not sure why do I find this interesting? Let me explain. If you look carefully, initially – at a concurrency of 1 through 8 – it scales perfectly. So if you only had data for threads 1-8 (and you knew processes don’t incur coherency delays due to shared data structures), you’d probably predict that it will scale linearly until it reaches ~10 requests/sec at 12 cores, at which point adding more parallel requests would not have any benefits as the CPU would be saturated.

What happens in reality, though, is that past 8 parallel threads (hence, past 33% virtual CPU utilization), execution time starts to increase and maximum performance is only achieved at 24-32 concurrent requests. It looks like at the 33% mark there’s some kind of “throttling” happening.

Naturally then the question is – does it still make sense to run hyper-threading on a multi-core system? I see at least two drawbacks:

1. You don’t see the real picture of how utilized your system really is – if the CPU graph shows 30% utilization, your system may well be 60% utilized already.
2. Past 60% physical utilization, the execution speed of your requests will be throttled intentionally in order to provide higher system throughput.

Did I miss something?