How to deal with MySQL deadlocks 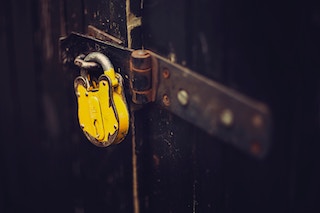 A deadlock in MySQL happens when two or more transactions mutually hold and request for locks, creating a cycle of dependencies. In a transaction system, deadlocks are a fact of life and not completely avoidable. InnoDB automatically detects transaction deadlocks, rollbacks a transaction immediately and returns an error. It uses a metric to pick the easiest transaction to rollback. Though an occasional deadlock is not something to worry about, frequent occurrences call for attention.

Before MySQL 5.6, only the latest deadlock can be reviewed using SHOW ENGINE INNODB STATUS command. But with Percona Toolkit’s pt-deadlock-logger you can have deadlock information retrieved from SHOW ENGINE INNODB STATUS at a given interval and saved to a file or table for late diagnosis. For more information on using pt-deadlock-logger, see this post. With MySQL 5.6, you can enable a new variable innodb_print_all_deadlocks to have all deadlocks in InnoDB recorded in mysqld error log.

Before and above all diagnosis, it is always an important practice to have the applications catch deadlock error (MySQL error no. 1213) and handles it by retrying the transaction.

How to diagnose a MySQL deadlock

Let’s look at two examples to see what information is given. Example 1:

Line 1 gives the time when the deadlock happened. If your application code catches and logs deadlock errors, which it should, then you can match this timestamp with the timestamps of deadlock errors in the application log. You would have the transaction that got rolled back. From there, retrieve all statements from that transaction.

Line 4 & 12, the tables in use and locked are only with respect to the current statement. So having 1 table in use does not necessarily mean that the transaction involves 1 table only.

Line 5 & 13, this is worthy of attention as it tells how many changes the transaction had made, which is the “undo log entries” and how many row locks it held which is “row lock(s)”. This info hints the complexity of the transaction.

Line 9, for the first transaction, it only shows the lock it was waiting for, in this case, the AUTO-INC lock on table t1. Other possible values are S for shared lock and X for exclusive with or without gap locks.

Line 16 & 17, for the second transaction, it shows the lock(s) it held, in this case, the AUTO-INC lock which was what TRANSACTION (1) was waiting for.

Line 18 & 19 shows which lock TRANSACTION (2) was waiting for. In this case, it was a shared not gap record lock on another table’s primary key. There are only a few sources for a shared record lock in InnoDB:
1) use of SELECT … LOCK IN SHARE MODE
2) on foreign key referenced record(s)
3) with INSERT INTO… SELECT, shared locks on the source table
The current statement of trx(2) is a simple insert to table t1, so 1 and 3 are eliminated. By checking SHOW CREATE TABLE t1, you could confirm that the S lock was due to a foreign key constraint to the parent table t2.

Example 2: With MySQL community version, each record lock has the record content printed:

Line 9 & 10: The ‘space id’ is tablespace id, ‘page no’ gives which page the record lock is on inside the tablespace. The ‘n bits’ is not the page offset, instead, the number of bits in the lock bitmap. The page offset is the ‘heap no’ on line 10,

Line 11~15: It shows the record data in hex numbers. Field 0 is the cluster index(primary key). Ignore the highest bit, the value is 3. Field 1 is the transaction id of the transaction which last modified this record, decimal value is 2164001 which is TRANSACTION (2). Field 2 is the rollback pointer. Starting from field 3 is the rest of the row data. Field 3 is integer column, value 8. Field 4 is a string column with character ‘c’. By reading the data, we know exactly which row is locked and what is the current value.

What else can we learn from the analysis?

Since most MySQL deadlocks happen between two transactions, we could start the analysis based on that assumption. In Example 1, trx (2) was waiting on a shared lock, so trx (1) either held a shared or exclusive lock on that primary key record of table t2. Let’s say col2 is the foreign key column, by checking the current statement of trx(1), we know it did not require the same record lock, so it must be some previous statement in trx(1) that required S or X lock(s) on t2’s PK record(s). Trx (1) only made 4 row changes in 7 seconds. Then you learned a few characteristics of trx(1): it does a lot of processing but a few changes; changes involve table t1 and t2, a single record insertion to t2. This information combined with other data could help developers to locate the transaction.

Where else can we find previous statements of the transactions?

A helper query to extract the history of a transaction is the following where <PROCESSID> is the ID of the offending connection.

More details for the events_statements_history table can be found here.

Besides application log and previous SHOW ENGINE INNODB STATUS output, you may also leverage binlog, slow log and/or general query log. With binlog, if binlog_format=statement, each binlog event would have the thread_id. Only committed transactions are logged into binlog, so we could only look for Trx(2) in binlog. In the case of Example 1, we know when the deadlock happened, and we know Trx(2) started 9 seconds ago. We can run mysqlbinlog on the right binlog file and look for statements with thread_id = 155097580. It is always good to then cross reference the statements with the application code to confirm.

With Percona Server 5.5 and above, you can set log_slow_verbosity to include InnoDB transaction id in the slow log. Then if you have long_query_time = 0, you would be able to catch all statements including those rolled back into the slow log file. With general query log, the thread id is included and could be used to look for related statements.

How to avoid a MySQL deadlock

There are things we could do to eliminate a deadlock after we understand it.

– Make changes to the application. In some cases, you could greatly reduce the frequency of deadlocks by splitting a long transaction into smaller ones, so locks are released sooner. In other cases, the deadlock rises because two transactions touch the same sets of data, either in one or more tables, with different orders. Then change them to access data in the same order, in another word, serialize the access. That way you would have lock wait instead of deadlock when the transactions happen concurrently.

– Make changes to the table schema, such as removing foreign key constraint to detach two tables, or adding indexes to minimize the rows scanned and locked.

Peiran joined Percona as a Support Engineer in March 2014. Prior to that, she had served as database architect and database administrator at companies in the fields of SAAS, mobile and social games and web services.