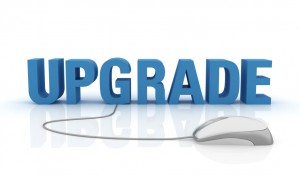 MySQL upgrades are necessary tasks and we field a variety of questions here at Percona Support regarding MySQL upgrade best practices. This post highlights the recommended ways to upgrade MySQL in different scenarios.

Why are MySQL upgrades needed? The reasons are many and include Access to new features, performance benefits, bug fixes… However, MySQL upgrades can be risky if not tested extensively beforehand with your application because the process might break it, prevent the application from functioning properly – or performance issues could arise following the upgrade. Moreover, I suggest keeping an eye on new releases of MySQL and Percona Server – check what has changed in the most recent version. Perhaps the latest release has a fix for an issue that you have been experiencing.

First of all, upgrading between one major version is neither straightforward nor risk-free. Initially, you should read “Upgrading from Previous Series” documentation here and here. In that documentation, please place special attention to all of the sections marked “Incompatible Change” and check whether you may be affected by those changes. There might be configuration changes as well as variables renamed, a few older variables obsoleted and new variables introduced – so make sure that you adjust your my.cnf accordingly. For Percona Server-specific changes please refer here and here for Percona Server 5.5 & Percona Server 5.6, respectively.

Now there are several possible approaches you may take, where one may be more feasible than the other depending on the current replication topology and total data size – and one might also be safer than another. Let me show you an upgrade procedure… an example upgrading from Percona Server 5.5 to Percona Server 5.6.

In general, there are two types of MySQL upgrades:

Also, in general, the second type is safer, but as you may expect a much slower MySQL upgrade process.

Theoretically, the safest scenario is:

Here’s a basic procedure (you should stop the application writes before starting).

1) Capture users and permissions information. This will backup all your existing user privileges.

2) Produce a logical dump of the 5.5 instance, excluding the mysql, information_schema and performance_schema databases:

5) Install 5.6 (simply as you would do when not upgrading). If you don’t use a package manager (yum/apt-get) then is likely that you need to run mysql_install_db and mysql_upgrade.

6) Load the users back to the new upgraded version of MySQL.

7) Load the data back to the new version of MySQL.

“SQL dump” is also known as a logical backup. It is safer in the sense that when restoring, all tables will be created using the format of the new MySQL binaries you’re using, which bypasses compatibility issues in general. Still, for large data like data in terabytes, gigabytes… this may be a very time-consuming approach. On the other hand, by dumping/reloading such large data sets, it is possible that you will be able to recover a lot of free space on the disk as the InnoDB tablespaces will be re-created from scratch, thus optimized and defragmented. If the data was often updated/deleted, the benefits may be significant.

This is known as an in-place upgrade, where you just install a newer binary package and then run mysql_upgrade script, which checks and updates system tables if necessary. Still, with the in-place upgrade, we highly recommend checking release notes for new features, bug fixes, etc. For Percona Server 5.5 and Percona Server 5.6, release notes can be found here and here respectively.

For Percona Server we have additional documents describing some details when it comes to upgrading Percona Server with a focus on Percona-specific features that can be found here and here. This also covers complete In-Place Upgrade procedure with the yum/apt package manager.

Also, to be on the safe side you can do the upgrade with a logical dump using the earlier described procedure via mysqldump or mydumper program – where the former does parallel backups and restore and logical backup – and is the safest approach for the upgrade.

MySQL Upgrade directly to the latest version by skipping one major version in between:

For the topic, we would assume upgrading from Oracle MySQL or Percona Server 5.1 directly to version 5.6 by skipping one major version 5.5 in between.

Before anything, this is a serious upgrade, and a huge step over one major MySQL version. That is, it’s risky. Upgrading by using just binaries update is not supported and it’s not safe skipping major versions in between, so you should never do this from 5.0->5.5, 5.1->5.6, and surely not for 5.0->5.6. One problem is that not all changes in MySQL versions are backward compatible. Some differences were introduced that may affect both how the data is handled, but also how the server behaves including both SQL language and MySQL server and storage engines internals. Another thing is that between MySQL 5.0 and 5.6 versions, a number of default setting variables were changed, which may result in completely different, unexpected behavior. For example, since MySQL 5.5 the default storage engine is InnoDB and since MySQL 5.6 by default InnoDB will use a separate tablespace for each table and GTID replication was also introduced. But there are many more details which I won’t list here. All of those changes are described in “Upgrading from Previous Series” documentation as described above.

It’s worth mentioning that upgrading by skipping one major version is highly not recommended. Upgrading from MySQL 5.1 to 5.6 shouldn’t be done in one shot. Instead, I would suggest upgrading from version 5.1 to 5.5 and then from version 5.5 to 5.6 and running mysql_upgrade at each step. That will cope with the changes in formats as explained in the manual.

MySQL upgrade precautions are an essential part of the upgrade itself. Before you upgrade make sure you have thoroughly tested all application parts with the desired version of MySQL. This is especially needed for an upgrade between major versions or if you are upgrading by skipping one major version in-between (e.g. upgrade from MySQL 5.1 to MySQL 5.6).

Make sure you read release notes carefully and that you are aware of all the changes. You can find Oracle MySQL 5.5 and 5.6 release notes as follows:

While Percona Server specific release notes can be found below for same versions as described above.

If you are planning to upgrade to Oracle MySQL 5.6 or Percona Server 5.6 I would recommend first checking for existing critical bugs. Bugs you should aware of:

This is yet another important aspect of any MySQL upgrade. You should plan your upgrade along with an upgrade hierarchy. This is always recommended: upgrade your dev/QA servers first, then staging servers before moving to production. In fact, you can spare upgraded instances where you have desired upgraded versions of MySQL and then test your application extensively.

Once you are happy with the MySQL upgrade on your test servers, staging servers, etc., then you can begin the MySQL upgrade on your production servers. In replication environments, we highly recommend upgrading the MySQL slaves first (one by one) and then finally upgrading the MySQL master. In reality,  you can upgrade one of the slaves first and run it for a few days to be on the safe side – all the while closely monitoring its performance. If you don’t have a replication setup it may be worth creating a replica to test the newer version of MySQL on it first. Once you are happy with the results you can upgrade remaining the slaves and finally the master.

How Percona software helps you in a MySQL upgrade:

pt-upgrade is one such tool. It allows you to test whether the new MySQL instance handles some specific queries at least as fast as the old version. There may be some substantial differences as the MySQL query optimizer has changed a lot between versions 5.1 and 5.6 and also data statistics may be refreshed, hence the query plan may change. You can check further in the manual about optimizer changes.

pt-query-digest is another great tool that might help you in the upgrade. You can replay your slow query log against existing and new desired MySQL versions for before and after query performance validation.

You can also benefit from Percona Cloud Tools for MySQL which is a hosted service providing access to query performance insights for all MySQL uses. You can signup for free now because this service is in public beta. Percona Cloud Tools, among other things, allows you to visually check your queries performance after a MySQL upgrade.

It’s highly recommended to backup your data before your MySQL upgrade. Percona XtraBackup is free and open-source (like all Percona software). It’s a hot backup tool which backs-up your data online without scarifying read/write ability from the database and it will backup your data with minor impact.

Last but not least, you will find this post pretty useful, too: “Upgrading MySQL.” It’s a few years old but still very relevant. And also take a look at this informative webinar, “Upgrading to MySQL 5.6: Best Practices.” Both are from Percona CEO Peter Zaitsev.

Conclusion:
A MySQL upgrade might look like a simple task –  but actually, it’s not. I’ve tried to cover most of the MySQL upgrade scenarios in this post that you will encounter. Again, I recommend to briefly test your application parts before pushing it “live,” otherwise it may break your application or part of it – or may minimize performance instead of a performance gain. Finally, I recommend having a downgrade plan in place before the MySQL upgrade just in case something goes wrong. Planning a proper downgrade procedure will minimize your app downtime when things go wrong. I’m looking forward to your comments and questions below.