Open Source, the MySQL market (and TokuDB in particular) 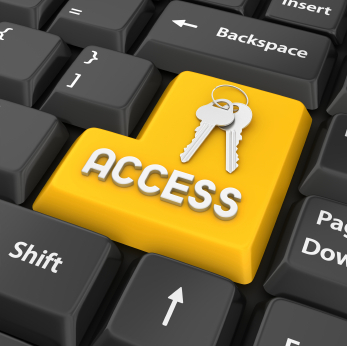 I was reviewing the Percona Live sponsors list the other day and pondering the potential success stories associated with this product or that one…. and as I was preparing to put more thought on the topic, a PlanetMySQL post caught my eye. It was penned by Mike Hogan and titled, “Thoughts on Xeround and Free!”

For some reason the author of that post makes a connection between a free account in a cloud-based service and Open Source software. I think it’s an incorrect analogy, as they are two totally different things. A “free account” in this case is really just a marketing tool. Well, I admit there are companies that also use the “Open Source” mark as a marketing tool, too – we often can see this in products based on Open Core models. But in my opinion Open Core is not Open Source, and the Open Source model is something different.

Now let me state that I am not an Open Source fanatic and I totally accept different models.

Open Source should be considered as a way of providing additional value to customers of  your product. Namely, if your product is Open Source, you provide the following benefits to your customers:

Well, of course, some or all of these values are achievable with proprietary products, but for me Open Source is the easiest path to all of them.

Now, I understand that you as a vendor may not like some of above. I expect that some vendors tend to love “vendor lock-in,” and it also helps your bottom line if you are the one and only service provider for a given product. But the question here is: Do you care more about your customers – or do you and your investors come first?

And it is fine (it really is) with me if you decide to take the proprietary license path, but in that case you should expect that users will choose an alternative Open Source solution, even if this solution is less functional and somewhat lower quality. And this choice is not because it is “free” as in “a free cloud database account,” rather it’s because it is “free” as in proving the freedom to choose vendors, service providers, expertise, etc.

TokuDB is a good example. Even with a great technology, before becoming Open Source they had “no fewer than 12 customers” (source: Forbes). And I name that “struggling.” I think it was the same for Schooner and Kickfire, two companies that based their products on a closed-source version of MySQL… and you know their fate – sold for assets with a loss for investors as their products did not reach a sustainable number of customers.

As for TokuDB: after its Open Source announcement, as anecdotal evidence, their website got so much traffic all at once that it went down, and within two weeks they have had more interest from the community than during all previous years. I expect that TokuDB will see a tenfold increase in users during the next year.

However, becoming Open Source, by itself, is by no means enough to have a successful business. There are two examples: First, the PBXT storage engine from PrimeBase – even with an open source engine, the company eventually could not fund further development, and this engine is pretty much dead today. Second is a recent example from the Monty Program – they have the Open Source product MariaDB with raising popularity. But as a business they failed to attract paying customers and had to merge with SkySQL.  I name that a business failure (even though it is widely publicized as a “success” by their marketing teams) – it is quite hidden among all buzz, but you can find some grains of truth in the article “Dead database walking: MySQL’s creator on why the future belongs to MariaDB.” To quote that article: “In principle, anyone who has an interest in MySQL and MariaDB surviving should contact the MariaDB foundation and ask about sponsoring it … We have some big sponsors already, but not as many as we originally hoped for .. One problem we had was that we needed to prove that MariaDB is ‘good enough’ to be able to attract paying customers ….”

So in addition to an Open Source product, you also need a business model that works. And be sure: the Open Source game is a marathon, it is not a sprint. Be ready for at least a 5-year run to gain user confidence (this is a hint for Tokutek).

To summarize my thoughts: If you are in the MySQL market and your product is under proprietary license (not an Open Source one) you set the bar to success high and you will have a harder time attracting customers, because customers prefer Open Source alternatives. This is not because everybody likes “free beer,” but because customers like freedom of choice.

Everything here is my personal position, but I welcome your comments.