For this post I’m going to shamelessly exploit the litany of technical problems SimCity players encountered earlier this month and a few examples of how Thread Pool for MySQL and Percona Server for MySQL can help to prevent such incidents.

Users of SimCity, a city-building and urban planning simulation video game, encountered network outages, issues with saving progress and problems connecting to the game’s servers following a new release a couple of weeks ago featuring a new engine allowing for more detailed simulation than previous games. During this same time, we happened to be testing the Thread Pool feature in Percona Server for MySQL, and I saw a connection of how Thread Pool is supposed to help in such cases. 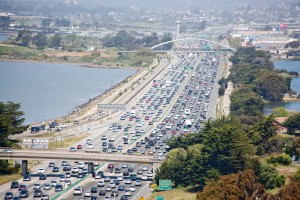 There is also a well-known dependency from the queuing theory that shows the same thing: 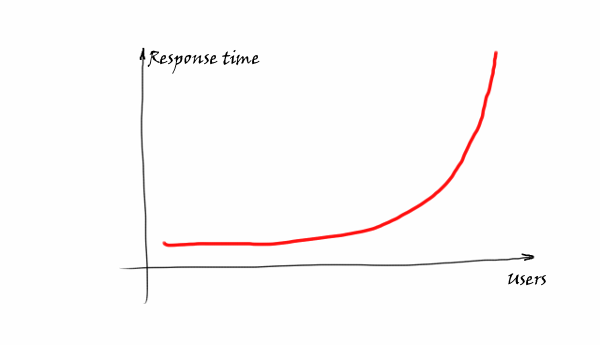 The more users who are trying to access a shared resource, the worse the response time is, growing exponentially.

To make things even worse, very often we see the following pattern with throughput. 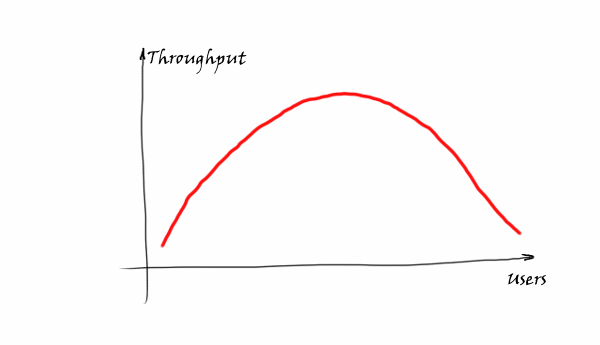 Basically the more users who are coming, the less requests/sec the system is able to handle. The reason is that working processes require internal communication and synchronization. At some point the system becomes unresponsive and practically stuck. Well-known DDoS attacks are based on this behavior — to load a system with so many requests that it is not able to proceed.

What is the solution here? If you allow me again an analogy with traffic: you have probably at some point encountered “on-ramp metering” solutions, traffic lights that throttle how many vehicles can enter a highway from an on-ramp during peak traffic times: 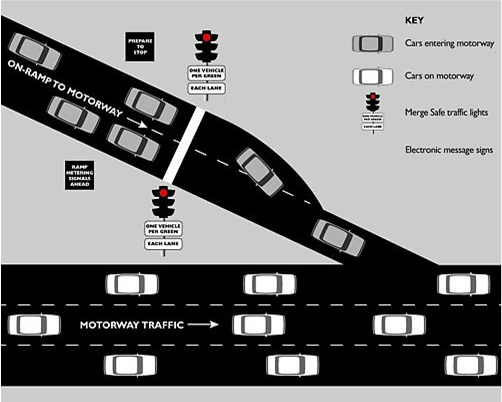 The intention of this solution is to provide smooth throughput when you are already on the highway.

The similar idea is behind Thread Pool for MySQL. We want to provide this kind of throughput: 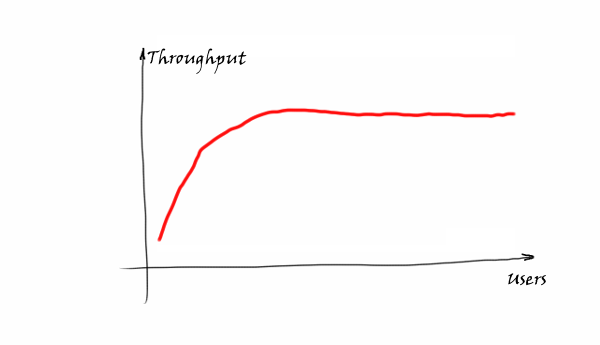 This is achieved by limiting the amount of working threads inside MySQL. So Thread Pool for MySQL does not improve the performance magically by itself, but it is rather a protection for cases when MySQL may become suddenly overloaded.

The Thread Pool feature is available in Percona Server 5.5.30 and Percona Server 5.6.10-alpha and there are some reports from users with visible improvements, i.e:
“Percona thread pool in the real world, tremendously improves lock convoy issues: http://buff.ly/12FUiYf , Activated on 7th around noon” While a similar plugin is available from Oracle by MySQL Enterprise subscription, you can get it and try it with Percona Server for MySQL right now for free.

UPDATE from 3/21/2013 on Credits: The current implementation of Thread Pool in Percona Server is taken from MariaDB and was developed by Vladislav Vaintroub. The commercial implementation is developed in Oracle/MySQL and I do not know who original author is.