How To Automate Dashboard Importing in Percona Monitoring and Management 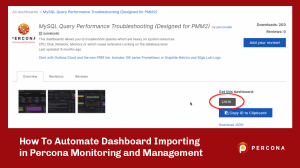 In this blog post, I’ll look at how to import custom dashboards into Percona Monitoring and Management (PMM) 2.x, and give some tips on how to automate it.

The number of dashboards in PMM2 is constantly growing. For example, we recently added a new HAProxy dashboard to the latest 2.15.0 release. Even though the PMM server has more than fifty dashboards, it’s not possible to cover all common server applications.

The greatest source of dashboards is the official Grafana site. Here, anyone can share their own dashboards with the community or find already uploaded ones. Percona has its own account and publishes as-yet-unreleased or unique (non-PMM) dashboards.

Each dashboard has its own number which can be used to refer to it. For example, 12630 is assigned to the dashboard “MySQL Query Performance Troubleshooting”.

You can download dashboards as JSON files and import them into your PMM2 installation using the UI. 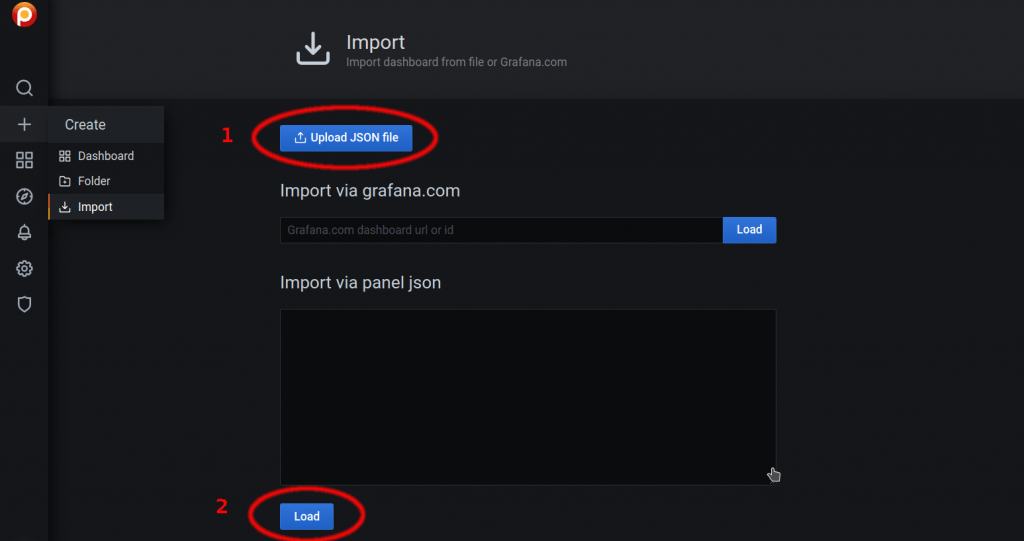 This is easy, but we are forgetting that dashboards can be updated by publishers as new revisions. So it’s possible that the dashboard has a bunch of useful changes that were published after you downloaded it. But, you keep using an old version of the dashboard.

So the only way to use the latest dashboard version is to check the site from time to time. It can really be a pain in the neck, especially if you have to track more than one dashboard.

This is why it’s time to take a look at automation. Grafana has a very powerful API that I used to create this shell script. Let’s take a peek at it. It’s based on the api/dashboards/import API function. The function requires a POST request with a dashboard body.

Note how I used dashboard number 12630 and revision 1 in the command. By increasing the revision number I can find out the latest available dashboard version. This is exactly the approach used in the script.

In the next example, I’ll use a dashboard from our dashboard repository. (I will explain why later.)

Now I have a file and can form a POST request to import the dashboard into a PMM installation.

The dashboard has been uploaded. If you take a look at the output you may notice the parameter folderId. With this, it’s possible to specify a Grafana folder for my dashboards.

Here is the command for fetching a list of existing folders. 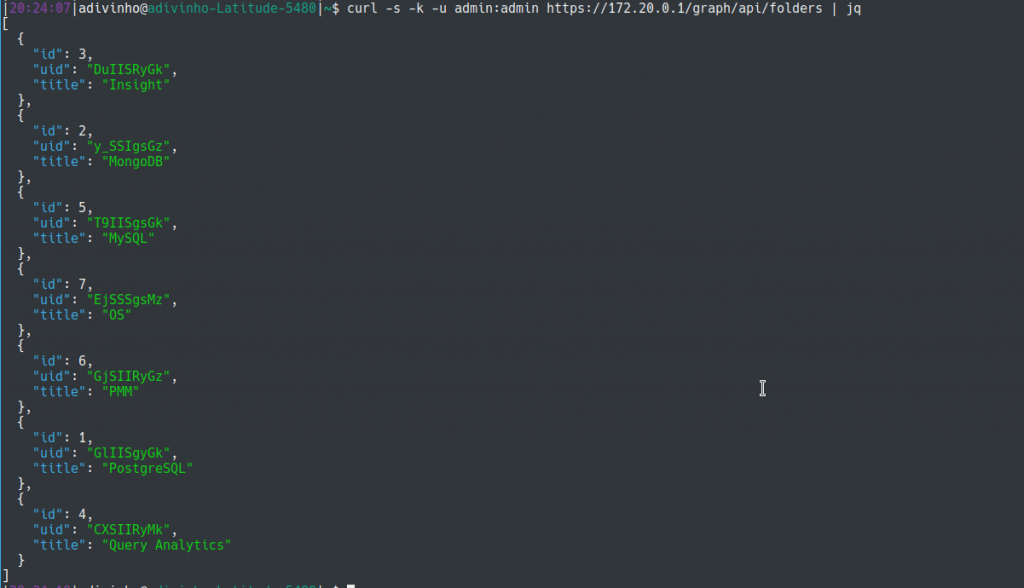 I now have folder IDs and can use them in the importing command. The Folder ID should be specified in a POST request as shown in the next example.

Now you are familiar with API import commands, I’ll give you a closer look at community dashboards.

Most of them have the parameter “Data Sources”.

It means that for dashboard importing, you have to specify the data source names assigned by your installation. 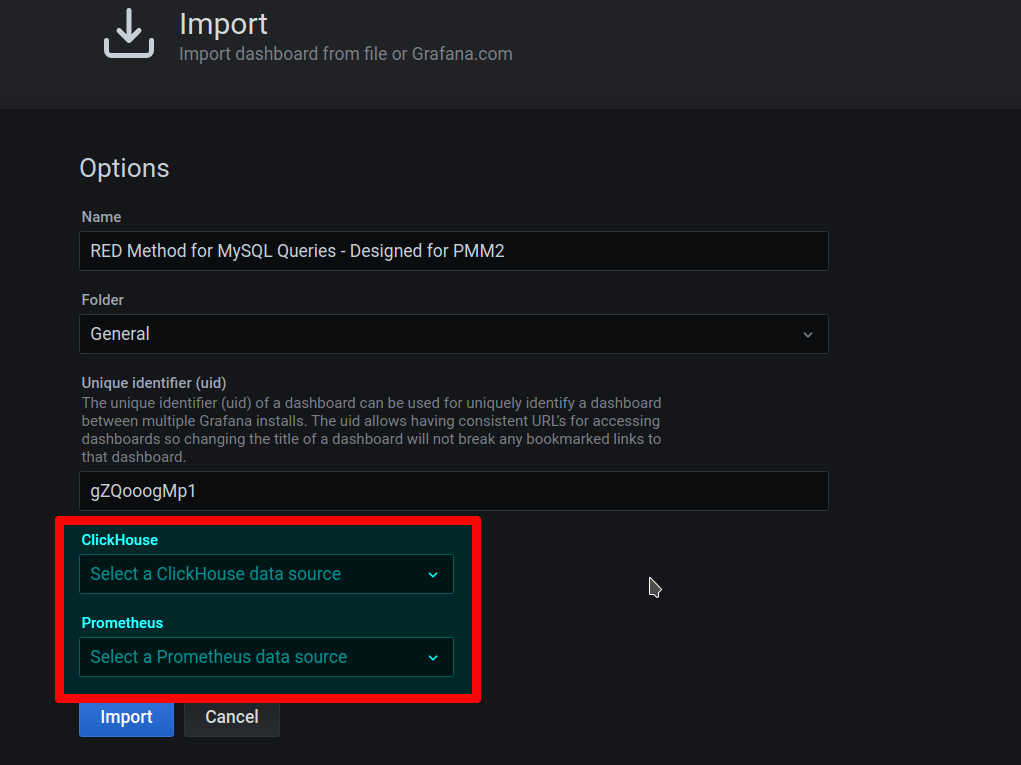 This point makes it impossible to import any downloaded dashboards with the API without modifying them. If I execute the import command used earlier (the 12630_rev1.json file downloaded from Grafana.com) I will get an error.

So, here’s another script (cleanup_dash.py) that replaces the datasource fields in dashboards and allows me to pass an importing command. The script takes a dashboard file name as a parameter.

The importing script calls cleanup-dash.py automatically if an initial importing attempt was unsuccessful.

Note the parameters of the importing script. Here you should set the details of your PMM installation. dashboards is an array of dashboards IDs that you want to import into PMM2.

Now, you should download both scripts and try to import dashboards. Make sure that both scripts are executable and in the same folder. Here are the commands to do it.

You can next find the imported dashboards in your PMM installation. They were put into the ‘Insight’ folder and can be found by the keyword ‘PMM2’.

By default, the script imports all designed for PMM2 dashboards from Percona account. Also, folder names and dashboard IDs can be specified as parameters for the script.

Here are some usage examples:

You can define any number of dashboards in the script parameters and run the script periodically to always have the most recent dashboard versions.

Percona Monitoring and Management is free to download and use. Try it today!