Use MySQL Without a Password (and Still be Secure) 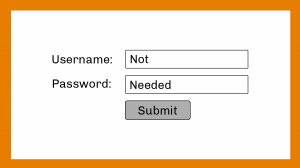 Some say that the best password is the one you don’t have to remember. That’s possible with MySQL, thanks to the auth_socket plugin and its MariaDB version unix_socket.

Neither of these plugins is new, and some words have been written about the auth_socket on this blog before, for example: how to change passwords in MySQL 5.7 when using plugin: auth_socket. But while reviewing what’s new with MariaDB 10.4, I saw that the unix_socket now comes installed by default and is one of the authentication methods (one of them because in MariaDB 10.4 a single user can have more than one authentication plugin, as explained in the Authentication from MariaDB 10.4 document).

As already mentioned this is not news, and even when one installs MySQL using the .deb packages maintained by the Debian team, the root user is created so it uses the socket authentication. This is true for both MySQL and MariaDB:

Using the Debian packages of MySQL, the root is authenticated as follows:

Same for the MariaDB .deb package:

For Percona Server, the .deb packages from the official Percona Repo are also setting the root user authentication to auth_socket. Here is an example of Percona Server for MySQL 8.0.16-7 and Ubuntu 16.04:

Here’s an example with the user “vagrant”:

Since no user “vagrant” exists in MySQL, the access is denied. Let’s create the user and try again: