MySQL Ripple: The First Impression of a MySQL Binlog Server 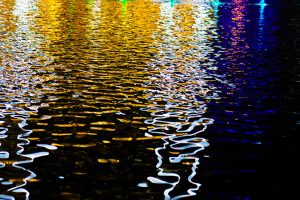 Just about a month ago, Pavel Ivanov released Ripple under the Apache-2.0 license. Ripple is a MySQL binlog server: software which receives binary logs from MySQL or MariaDB servers and delivers them to another MySQL or MariaDB server. Practically ,this is an intermediary master which does not store any data, except the binary logs themselves, and does not apply events. This solution allows saving of a lot of resources on the server, which acts only as a middle-man between the master and its actual slave(s).

The intermediary server, keeping binary logs only and not doing any other job, is a prevalent use case which allows us to remove IO (binlog read) and network (binlog retrieval via network) load from the actual master and free its resources for updates. The intermediary master, which does not do any work, distributes binary logs to slaves connected to it. This way you can have an increased number of slaves, attached to such a server, without affecting the application, running updates.

Currently, users exploit the Blackhole storage engine to emulate similar behavior. But Blackhole is just a workaround: it still executes all the events in the binary logs, requires valid MySQL installation, and has a lot of issues. Such a pain!

Therefore a new product which can do the same job and is released with an open source license is something worth trying.

For this blog, I did a simple test. First, I installed it as described in the README file. Instructions are pretty straightforward, and I successfully built the server on my Ubuntu 18.04.2 LTS laptop. Guidelines suggest to install libmariadbclient-dev , and I replaced libmysqlclient-dev which I had already on my machine. Probably this was not needed, but since the tool claims to support both MySQL and MariaDB binary log formats, I preferred to install the MariaDB client.

There is no manual of usage instructions. However, the tool supports -help  command, and it is, again, straightforward.

The server can be started with options:

I did not find an option for securing binary log retrieval. The slave can connect to the Ripple server with any credentials. Have this in mind when deploying Ripple in production.

Now, let’s run a simple test. I have two servers. Both running on localhost, one with port 13001 (master) and another one on port 13002 (slave). The command line which I used to start rippled , points to the master. Binary logs are stored in the data directory:

I pointed the slave to the Ripple server with the command

Then started the slave.

On the master, I created the database sbtest  and ran sysbench oltp_read_write.lua test for a single table. After some time, I stopped the load and checked the content of the table on master and slave:

It took some time for the slave to catch up, but everything was applied successfully.

it may be good to run more tests before using Ripple in production, and to explore its other options, but from a first view it seems to be a very nice and useful product.

—
Photo by Kishor on Unsplash