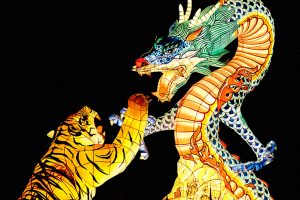 In this post, we’ll take a look at the differences between the MMAP and WiredTiger engines in MongoDB®. I’ve been asked this question by customers many times, and this blog is for you! We’ll tell you about the key features of these engines, then you can choose the right engine based on your requirement.

In MongoDB, we mainly use the MMAPV1 and WiredTiger engines. We could use other engines like in-Memory, rocks db with Percona Server for MongoDB (PSMDB), and in-memory engine with MongoDB Enterprise version. When MongoDB was introduced, MMAPV1 was the default engine and it’s still a part of the MongoDB releases, though it will not be seen from 4.2 as per MongoDB’s plan. Those who remember the days working with version 1.8 might miss this, even though they don’t use MMAP currently! MongoDB acquired wiredTiger Inc (see here https://www.mongodb.com/press/wired-tiger) and from version 3.2 made it the default engine of MongoDB. This engine enabled the introduction of transactions with multi-documents, and is mainly used for features such as compression and document level locking. Here we’ll see the key features of wiredTiger and MMAPV1, and also present them in a tabular column at the end – who doesn’t love a table to check quickly the differences! It reminds me my school days :-)). My co-author, and friend – Aayushi feels the same?! 🙂

Some differences in detail

The MongoDB storage engines manage BSON data in memory and on disk to support read and write operations.

MMAPV1:  This is the original storage engine for MongoDB, introduced in the first release, but from version 4.0 it is deprecated

WiredTiger:  This is the pluggable engine introduced by MongoDB in version 3.0 and it became the default storage engine from version 3.2

MMAPV1: does not support data compression and it is based on memory mapped files. So it works well when you can keep your writeset in memory. It excels at workloads with high volume inserts, reads, and in-place updates.

WiredTiger: supports snappy and zlib compression. Consequently, MongoDB with WiredTiger takes very little space comparing with MMAP. It has its own write-cache and a filesystem cache.

Let’s take a look at the file system supporting the same data and replica set member for each of the engines.

MMAPV1: Ensures that writes are atomic.  If MongoDB goes down or terminates before committing changes to the data files, MongoDB can use the journal files to apply the write operation to the data files and maintain a consistent state.

WiredTiger: This uses checkpoints between writes and the journal persists all data modifications between checkpoints. So for any recovery from database crash or abrupt termination, it uses journal entries since the last checkpoint. In most cases, journal is not necessary for this engine and you enable it only if you need to be sure to recover until the last successful write before the crash from the journal. Otherwise, usually MongoDB can recover from the last valid checkpoint. Checkpoint occurs every minute by default.

This is how journal files appear in the data directory for the different engines:

For example: deleting documents from the collection “testData” for a value of {x:1}, will acquire write “LOCK” at collection level differently for each of the storage engines.