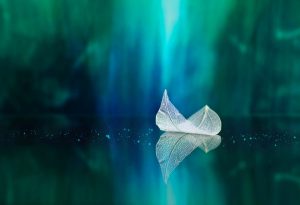 The MongoDB® replica set is a group of nodes with one set as the primary node, and all other nodes set as secondary nodes. Only the primary node accepts “write” operations, while other nodes can only serve “read” operations according to the read preferences defined. In this blog post, we’ll focus on some MongoDB replica set scenarios, and take a look at the internals.

In a subsequent post, I talk about MongoDB Elections.

We will refer to a three node replica set that includes one primary node and two secondary nodes running as:

Secondary nodes can only sync from Primary?

No, it’s not mandatory. Each secondary can replicate data from the primary or any other secondary to the node that is syncing. This term is also known as chaining, and by default, this is enabled.

This can also be found in the logs as here the parameter chainingAllowed :true   is the default setting.

For more details about chaining and the steps to disable it please refer to my earlier blog post here.

Ok, then how does the secondary node select the source to sync from?

If Chaining is False

When chaining is explicitly set to be false, then the secondary node will sync from the primary node only or could be overridden temporarily.

If Chaining is True

Example for “unable to find a member to sync from” then, in the next attempt, finding a candidate to sync from

Here, as the logs show, during sync the node chooses a new sync source. This is because it found the original sync source is not ahead, so not does not contain recent oplogs from which to sync.

Here is an example of fetching oplog from the “oplog.rs” collection, and checking for the greater than required timestamp.