Instrumenting Read Only Transactions in InnoDB 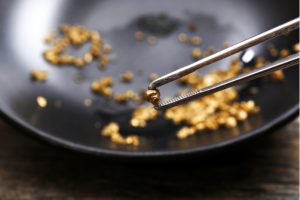 Probably not well known but quite an important optimization was introduced in MySQL 5.6 – reduced overhead for “read only transactions”. While usually by a “transaction” we mean a query or a group of queries that change data, with transaction engines like InnoDB, every data read or write operation is a transaction.

Now, as a non-locking read operation obviously has less impact on the data, it does not need all the instrumenting overhead a write transaction has. The main thing that can be avoided, as described by documentation, is the transaction ID. So, since MySQL 5.6, a read only transaction does not have a transaction ID. Moreover, such a transaction is not visible in the SHOW ENGINE INNODB STATUS output, though I will not go deeper on what really that means under the hood in this article. The fact is that this optimization allows for better scaling of workloads with many RO threads. An example RO benchmark, where 5.5 vs 5.6/5.7 difference is well seen, may be found here: https://www.percona.com/blog/2016/04/07/mysql-5-7-sysbench-oltp-read-results-really-faster/

To benefit from this optimization in MySQL 5.6, either a transaction has to start with the explicit START TRANSACTION READ ONLY clause or it must be an autocommit, non-locking SELECT statement. In version 5.7 and newer, it goes further, as a new transaction is treated as read-only until a locking read or write is executed, at which point it gets “upgraded” to a read-write one.

or by adding a parameter to the [mysqld] section of the configuration file and restarting the instance:

Now, let’s start a transaction which should be read only according to the rules:

Transaction started as above, did not appear in SHOW ENGINE INNODB STATUS, and its trx_id looks strangely high. And first surprise—for some reason, trx_is_read_only is 0. Now, what if we commit such a transaction—how do the counters change? (I reset them before the test):

OK, so clearly it was a read-only transaction overall, just the trx_is_read_only property wasn’t set as expected. I had to report this problem here: https://bugs.mysql.com/bug.php?id=92558

What about an explicit RO transaction:

OK, both transactions are counted as the same type. Moreover, the two transactions shared the same strange trx_id, which appears to be a fake one. For a simple read executed in autocommit mode, the counters increase as expected too:

Now, let’s test how a transaction looks when we upgrade it to RW later: