The Importance of mysqlbinlog –version 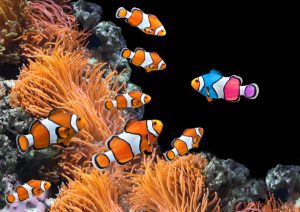 When deciding on your backup strategy, one of the key components for Point In Time Recovery (PITR) will be the binary logs. Thankfully, the mysqlbinlog command allows you to easily take binary log backups, including those that would otherwise be encrypted on disk using encrypt_binlog=ON.

When mysqlbinlog  is used with --raw --read-from-remote-server --stop-never --verify-binlog-checksum  then it will retrieve binary logs from whichever master it is pointed to, and store them locally on disk in the same format as they were written on the master. Here is an example with the extra arguments that would normally be used:

This would retrieve the localhost binary logs (starting from mysql-bin.000024) reporting as server_id 1234, verify the checksum and then write each of them to disk.

Changes to the mysqlbinlog source code are relatively infrequent, except for when developing for a new major version, so you may be fooled into thinking that the specific version that you use is not so important—a little like the client version. This is something that is more likely to vary when you are taking remote backups.

Here is the result from the 5.7 branch of mysql-server to show the history of commits by year:

Since the first GA release of 5.7 (October 2015), there haven’t been too many bugs and so if you aren’t using new features then you may think that it is OK to keep using the same version as before:

However, this is not always the case and some issues are more obvious than others! To help show this, here are a couple of the issues that you might happen to notice.

The server_id that is used by a server in a replication topology should always be unique within the topology. One of the easy ways to ensure this is to use a conversion of the external IPv4 address to an integer, such as INET_ATON , which provides you with an unsigned integer.

The introduction of --connection-server-id (which deprecates --stop-never-slave-server-id ) changes the behaviour here (for the better). Prior to this you may experience warnings where your server_id was cast to the equivalent of an UNSIGNED SMALLINT. This didn’t seem to be a reported bug, just fixed as a by-product of the change.

When running mysqlbinlog, the version of MySQL is checked so that the event format is set correctly. Here is the code from MySQL 5.7:

This section of the code last changed in 2008, but of course there is another vendor that no longer uses a 5-prefixed-version number: MariaDB. With MariaDB, it is impossible to take a backup without using a MariaDB version of the program, as you are told that the version is unrecognised. The MariaDB source code contains a change to this section to resolve the issue when the version was bumped to 10:

Interestingly, MySQL 8.0 gets a little closer to not producing an error (although it still does), but finally sees off those rather old ancestral relatives:

These are somewhat trivial examples. In fact, you are more likely to suffer from more serious differences, perhaps ones that do not become immediately apparent, if you are not matching the mysqlbinlog version to the one provided by the version for the server producing the binary logs.

Sadly, it is not so easy to check the versions as the reported version was seemingly left unloved for quite a while (Ver 3.4), so you should check the binary package versions (e.g. using Percona-Server-client-57-5.7.23 with Percona-Server-server-57-5.7.23). Thankfully, the good news is that MySQL 8.0 fixes it!

So reduce the risk and match your package versions!