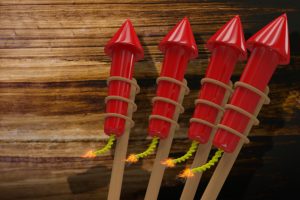 Some time ago, a customer had a performance issue with an internal process. He was comparing, finding, and reporting the rows that were different between two tables. This is simple if you use a LEFT JOIN and an  IS NULL  comparison over the second table in the WHERE clause, but what if the column could be null? That is why he used UNION, GROUP BY and a HAVING clauses, which resulted in poor performance.

The challenge was to be able to compare each row using a LEFT JOIN over NULL values.

The challenge in more detail

I’m not going to use the customer’s real table. Instead, I will be comparing two sysbench tables with the same structure:

It is sightly different from the original sysbench schema, as this version can hold NULL values. Both tables have the same number of rows. We are going to set to NULL one row on each table:

If we execute the comparison query, we get this result:

As you can see, column k is NULL. In both cases it failed and reported those rows to be different. This is not new in MySQL, but it would be nice to have a way to sort this issue out.

The solution is based on GENERATED COLUMNS with a hash function (md5) and stored in a binary(16) column:

Adding the index is also part of the solution. Now, let’s execute the query using the new column to join the tables:

We can see an improvement in the query performance—it now takes 2.31 sec whereas before it was 3.00 sec—and that the result is as expected. We could say that that’s all, and no possible improvement can be made. However, is not true. Even though the query is running faster, it is possible to optimize it in this way:

Why is this faster? The first query is performing two subqueries. Each subquery is very similar. Let’s check the explain plan:

If we analyze the subquery of the second query:

This is not the first blog post that I’ve done about generated columns. I think that it is a useful feature for several scenarios where you need to improve performance. In this particular case, it’s also presenting a workaround to expected inconsistencies with LEFT JOINS with NULL values. It is also important to mention that this improved a process in a real world scenario.