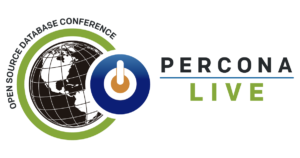 Welcome to another interview blog for the rapidly-approaching Percona Live 2018. Each post in this series highlights a Percona Live 2018 featured talk at the conference and gives a short preview of what attendees can expect to learn from the presenter.

This blog post highlights Payal Singh, DBA at OmniTI Computer Consulting Inc. Her talk is titled Securing Your Data on PostgreSQL. There is often a lack of understanding about how best to manage minimum basic application security features – especially with major security features being released with every major version of PostgreSQL. In our conversation, we discussed how Payal works to improve application security using Postgres:

Percona: Who are you, and how did you get into databases? What was your path to your current responsibilities?

Payal: I’m primarily a data addict. I fell in love with databases when it was first taught to me in high school. The declarative SQL syntax was intuitive to me, and efficient compared to other languages I had used (C and C++). I realized that if given the opportunity, I’d choose to become a database administrator. I joined OmniTI in summer of 2012 as a web engineer intern during my Masters, but grabbed the chance to work on an internal database migration project. Working with the DBA team gave me a lot of new insight and exposure, especially into open source databases. The more I learned, the more I loved my job. Right after completing my Masters I joined OmniTI as a full-time database administrator, and never looked back!

Percona: Your talk is titled ” Securing Your Data on PostgreSQL”. Why do you think that security (or the lack of it) is such an issue?

Payal: Securing your data is critical. In my experience, the one reason people using commercial databases are apprehensive of switching to open source alternatives is a lack of exposure to security features. If you look at open source databases today, specifically PostgreSQL, it has the most advanced security features: data encryption, auditing, row-level security to name a few. People don’t know about them, though. As a FOSS project, we don’t have a centralized marketing team to advertise these features to our potential user base, which makes it necessary to spread information through other channels. Speaking about it at a popular conference like Percona Live is one of them!

In addition to public awareness, Postgres is advancing at a lightning pace. With each new major version released every year, a bunch of new security feature additions and major improvements in existing security features are added. So much so that it becomes challenging to keep up with all these features, even for existing Postgres users. My talk on Postgres security aims to inform current as well as prospective Postgres users about the advanced security features that exist and their use case, useful tips to use them, the gotchas, what’s lacking and what’s currently under development.

Percona: Is PostgreSQL better or worse with security and security options than either MySQL or MongoDB? Why? 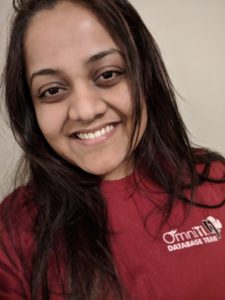 Payal: I may be a little biased, but I think Postgres is the best database from a security point of view. MySQL is pretty close though! There are quite a few reasons why I consider Postgres to be the best, but I’d like to save that discussion for my talk at Percona Live! For starters though, I think that Postgres’s authentication and role architecture significantly clearer and more straightforward than MySQL’s implementation. Focusing strictly on security, I’d also say that access control and management is more granular and customizable in Postgres than it is in MySQL – although here I’d have to say MySQL’s ACL is easier and more intuitive to manage.

Percona: What is the biggest challenge for database security we are facing?

Payal: For all the databases? I’d say with the rapid growth of IoT, encrypted data processing is a huge requirement that none of the well-known databases currently provide. Even encryption of data at rest outside of the IoT context requires more attention. It is one of the few things that a DBMS can do as a last-ditch effort to protect its data in SQL injection attacks, if all other layers of security (network, application layer, etc.) have failed (which very often is the case).

Percona: Why should people attend your talk? What do you hope people will take away from it?

Payal: My talk is a run-through of all current and future Postgres security features, from the basic to the very advanced and niche. It is not an isolated talk that assumes Postgres is the only database in the world. I often compare and contrast other database implementations of similar security features as well. Not only is it a decent one-hour primer for people new and interested in Postgres, but also a good way to weigh the pros and cons among databases from a security viewpoint.

Percona: What are you looking forward to at Percona Live (besides your talk)?

Payal: I’m looking forward to all the great talks! I got a lot of information out of the talks at Percona Live last year. The tutorials on new MySQL features were especially great!

Want to find out more about this Percona Live 2018 featured talk, and Payal and PostgreSQL security? Register for Percona Live 2018, and see her talk Securing Your Data on PostgreSQL. Register now to get the best price! Use the discount code SeeMeSpeakPL18 for 10% off.

Percona Live Open Source Database Conference 2018 is the premier open source event for the data performance ecosystem. It is the place to be for the open source community. Attendees include DBAs, sysadmins, developers, architects, CTOs, CEOs, and vendors from around the world.