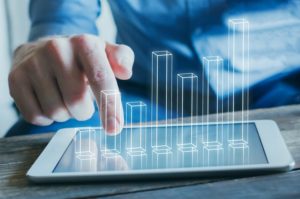 In this blog post, we’ll look at ways you can use MySQL 5.7 generated columns (or virtual columns) to improve query performance.

About two years ago I published a blog post about Generated (Virtual) Columns in MySQL 5.7. Since then, it’s been one of my favorite features in the MySQL 5.7 release. The reason is simple: with the help of virtual columns, we can create fine-grained indexes that can significantly increase query performance. I’m going to show you some tricks that can potentially fix slow reporting queries with GROUP BY and ORDER BY.

Recently I was working with a customer who was struggling with this query:

The query was running for more than an hour and used all space in the tmp directory (with sort files).

We found out the query was not using an index on the timestamp field (“ts”):

The reason for that is simple: the number of rows matching the filter condition was too large for an index scan to be efficient (or at least the optimizer thinks that):

In this case, we have a number of approaches:

However, if we look closer at the “GROUP BY” part of the query, we quickly realize that none of those solutions will work. Here is our GROUP BY part:

There are two problems here:

Here, I’m trying to add a full index on the URL with innodb_large_prefix=1:

Well, changing the “GROUP BY CONCAT(verb, ‘ – ‘, replace(url,’.xml’,”))” to  “GROUP BY verb, url” could help (assuming that we somehow trim the field definition from  varchar(3000) to something smaller, which may or may not be possible). However, it will change the results as it will not remove the .xml extension from the URL field.

Here is the solution:

So what we did here is:

Now we can change the query and GROUP BY verb_url_hash column:

MySQL 5.7 has a strict mode enabled by default, which we can change for that query only.

MySQL will avoid any sorting, which is much faster. It will still have to eventually scan all the table in the order of the index. The response time is significantly better: ~38 seconds as opposed to > an hour.

Now we can attempt to do a covered index, which will be quite large:

We had to add a “verb” and “url”, so beforehand I had to remove the COLLATE utf8mb4_unicode_ci from the table definition. Now explain shows that we’re using the index:

The response time dropped to ~12 seconds! However, the index size is significantly larger compared to just verb_url_hash (16 bytes per record).

MySQL 5.7 generated columns provide a valuable way to improve query performance. If you have an interesting case, please share in the comments.