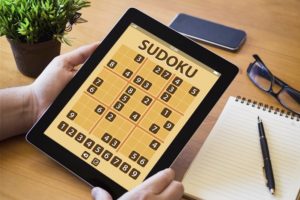 Vadim was recently having a little Saturday morning fun solving Sudoku using MySQL 8. The whole idea comes from SQLite, where Richard Hipp has come up with some outlandish recursive query examples — WITH clause.

The test environment for the setup is a standard Linode 1024 instance, with one CPU core and 1GB of RAM. The base OS was Ubuntu 17.04. MySQL and MariaDB Server were installed via their respective tarballs. No configuration is done beyond a basic out-of-the-box install inside of the MySQL sandbox. This is similar for sqlite3. Remember to run “.timer on” for sqlite3.

Note that initially they were done on separate instances, but because of the variance you get in cloud instances, it was decided that it would be better to run on the same instance using the MySQL Sandbox.

Kudos to Team MariaDB for getting recursive common table expression support first in the MySQL ecosystem, and kudos to Team MySQL for making it fast!