Do you need to get to grips with MySQL proxies? Or maybe you could do with discovering the latest developments and plans for Percona’s software? 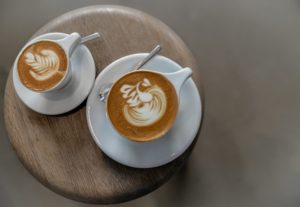 Well, wait no more because …

on Wednesday November 15, 2017, we bring you a webinar double bill. 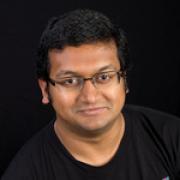 Reflecting on his past experience with MySQL proxies, Colin will provide a short review of three open source solutions. He’ll run through a comparison of MySQL Router, MariaDB MaxScale and ProxySQL and talk about the reasons for using the right tool for an application. 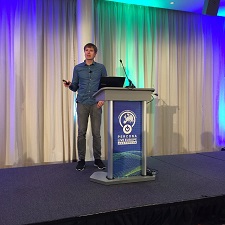 Meanwhile, return a little later in the day at 10:00 am PST / 1:00 pm EST (UTC-8) to hear Percona CEO Peter Zaitsev discuss what’s new in Percona open source software. In “Percona Software News and Roadmap Update – Q4 2017”, Peter will talk about new features in Percona software, show some quick demos and share highlights from the Percona open source software roadmap. He will also talk about new developments in Percona commercial services and finish with a Q&A.

You are, of course, very welcome to register for either one or both webinars. Please register for your place soon!

Peter Zaitsev co-founded Percona and assumed the role of CEO in 2006. As one of the foremost experts on MySQL strategy and optimization, Peter leveraged both his technical vision and entrepreneurial skills to grow Percona from a two-person shop to one of the most respected open source companies in the business. With over 150 professionals in 30+ countries, Peter’s venture now serves over 3000 customers – including the “who’s who” of internet giants, large enterprises and many exciting startups. Percona was named to the Inc. 5000 in 2013, 2014, 2015 and 2016. Peter was an early employee at MySQL AB, eventually leading the company’s High Performance Group. A serial entrepreneur, Peter co-founded his first startup while attending Moscow State University, where he majored in Computer Science. Peter is a co-author of High Performance MySQL: Optimization, Backups, and Replication, one of the most popular books on MySQL performance. Peter frequently speaks as an expert lecturer at MySQL and related conferences, and regularly posts on the Percona Database Performance Blog. Fortune and DZone have both tapped Peter as a contributor, and his recent ebook Practical MySQL Performance Optimization is one of percona.com’s most popular downloads.

Colin Charles is the Chief Evangelist at Percona. He was previously on the founding team for MariaDB Server in 2009, worked in MySQL since 2005 and been a MySQL user since 2000. Before joining MySQL, he worked actively on the Fedora and OpenOffice.org projects. He’s well known within many open source communities and has spoken on the conference circuit.