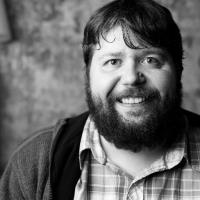 This blog post is with Balazs Pocze, Senior Datastore Engineer at Gizmodo. His talk is titled Migrating To and Living on RDS/Aurora. Gizmodo migrated their platform (Kinja) from a datacenter-based approach to AWS, including the migration of standalone MySQL hosts to RDS/Aurora. In our conversation, we discussed how they achieved this migration:

Balazs: I worked as an Operations/DevOps guy for years before I started working with databases. I guess it happened because I was the person at the company that I worked at the time who dared to deal with the database when something strange happened. Somebody had to hold the hot potato. 😀

I love that being a DBA is like being a bass player in a rock band. When you do your job perfectly, no one ever notices you are there – but the entire show depends on your work.

Percona: You’re presenting a session called “Migrating To and Living on RDS/Aurora”. What reasons were crucial in the decision to migrate to a cloud platform? Performance? Less management? Database demands?

Balazs: Actually, we migrated the entire Kinja (our platform) to the cloud, so migrating the database wasn’t a question for a second. We moved to the cloud because we didn’t want to deal with hardware anyway, we need flexibility. In the data center days, we had to size the DC’s to handle all of our traffic at any given moment. This means we had to burn a lot of money on underutilized machines. In the cloud, we can spin up machines when we need more computing power. In conjunction, our hardware just got old enough so that it made sense to consider what was a better idea: buying lots of expensive hardware, keep it running, dealing with the hardware (the majority of the ops team lives on a different continent than our servers!) or simply migrating everything to the cloud. That was simpler and safer.

But we didn’t just migrate to the cloud, we also migrated to RDS – managed database service instead of servers with a database on them. The reason to start using RDS was that I didn’t want to re-implement all of the automation stacks we had on the data centers. That seemed like too much work with too many points of failure. When I checked how to fix those failure points, the entire project started to look like the Deathstar. The original database stack was growing organically in the given data center scenario, and reimplementing it for the cloud seemed unsafe.

Percona: How smoothly was the transition, and did you hit unexpected complications? How did you overcome them?

Balazs: The transition was smooth and, from our reader’s view, unnoticeable. Since the majority of my talk will be about those complications and the ways we solved them, I think it would be best if I answer this question during my session. 😉

But there’s a non-exhaustive list: we had to switch back from GTID to old-fashioned replication, we had to set up SSL proxies to connect securely the data center and the cloud environment, and after we had to debug a lot of packet loss and TCP overload on the VPN channel. It was fun, actually.

Balazs: This session will be about how we had to change our view of the database, and what differences we met in the cloud compared to the hardware world. If somebody plans to migrate to the cloud (especially AWS/RDS), I recommend they check out my talk, because some of the paths we walked down were dead ends. I’ll share what we found, so you don’t have to make the same mistakes we did. It will spare you some time.

Balazs: Three things: hearing about new technologies, learning best practices, and most importantly meeting up with the people I always meet at Percona conferences. There is a really good community with lots of great people. I am always looking forward to seeing them again.

Want to find out more about Balazs and RDS migration? Register for Percona Live Europe 2017, and see his talk Migrating To and Living on RDS/Aurora. Register now to get the best price! Use discount code SeeMeSpeakPLE17 to get 10% off your registration.