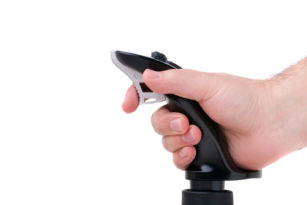 In this post we’ll review how MySQL triggers can affect queries.

Contrary to what the documentation states, we can activate triggers even while operating on views:

Be on the lookout if you use and depend on triggers, since it’s not the case for updatable views! We have reported a documentation bug for this but figured it wouldn’t hurt to mention this as a short blog post, too. 🙂 The link to the bug in question is here:

First, we create the schema, tables and view needed:

Indexes are not really needed to prove the point, but were initially added to the tests for completeness. They make no difference in the results.

Then, we create the triggers for all possible combinations of [BEFORE|AFTER] and [INSERT|UPDATE|DELETE]. We will use the control table to have the triggers insert rows, so we can check if they were actually called by our queries.

As you can see, they will insert the ID of the row in question, and the combination of time/action appropriate for each one. Next, we will proceed in the following manner:

The reasoning behind doing it against the base table is to check that the triggers are working correctly, and doing what we expect them to do.

And we check our results:

Everything is working as it should, so let’s move on with the tests that we really care about. We will again take the three steps mentioned above, but this time directly on the view.

And we check our tables:

As seen in the results, all triggers were executed, even when the queries were run against the view. Since this was an updatable view, it worked. On the contrary, if we try on a non-updatable view it fails (we can force ALGORITHM = TEMPTABLE to test it).

As mentioned before, MariaDB shows the same behavior. The difference, however, is that the documentation is correct in mentioning the limitations, since it only shows the following:

Triggers cannot operate on any tables in the mysql, information_schema or performance_schema database.

Corollary to the Discussion

It’s always good to thoroughly check the documentation, but it’s also necessary to test things and prove the documentation is showing the real case (bugs can be found everywhere, not just in the code :)).