MongoDB Through a MySQL Lens 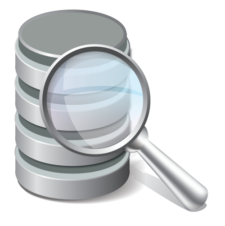 This blog post looks at MongoDB and MySQL, and covers high-level MongoDB strengths, weaknesses, features, and uses from the perspective of an SQL user.

Delving into NoSQL coming from an exclusively SQL background can seem like a daunting task. I have worked with SQL in both small MySQL environments and large Oracle SQL environments.

When is it a good choice?

MongoDB is an incredibly robust, scalable, and operator-friendly database solution. MongoDB is a good choice when your developers will also be responsible for the database environment. In small shops and startups, this might be the case. MongoDB stores information in BSON (binary JSON). BSON is the native JSON (JavaScript Object Notation) language used by MongoDB to retrieve information stored in BSON on the back end. JSON is easily relatable to other programming languages, and many developers will already have experience with it.

MongoDB is also a good option when you expect a great deal of your traffic to be writes. This is not to say that MySQL does not have good options when dealing with write-heavy environments, but MongoDB handles this with relative ease. Facebook designed the RocksDB storage engine for write-heavy environments, and performs well (with benchmark testing demonstrating this).

MongoDB is a good choice when you need a schemaless, or schema-flexible, data structure. MongoDB handles changes to your data organization with relative ease and grace. This is the selling point of NoSQL solutions. There have been many improvements in the MySQL world that make online schema changes possible, but the ease at which this is done in MongoDB has not yet been matched. The ability to create records without defining structure gives MongoDB added flexibility.

Another reason to choose MongoDB is its functionality with regards to replication setup, built-in sharding, and auto elections. Setting up a replicated environment in MongoDB is easy, and the auto-election process allows a secondary to take over in the event of a primary database failure. Built-in sharding allows for easy horizontal scaling, which can be more complicated to manage, setup and configure in a MySQL environment.

When should you choose something else?

MongoDB is a great choice for some use cases. It is also not a great choice for others. MongoDB might not be the right choice when your data is highly relational and structured. MongoDB does not support  transactions, but on a document level there is atomicity. There are configuration considerations to make for a replicated environment with regards to write concern, but these come at the cost of performance. Write concern verifies that replicas have written the information. By default, MongoDB sets the write concern to request acknowledgment from the primary only, not replicas. This can lead to consistency issues if there is a problem with the replicas.

How is the structure different?

Many concepts in the SQL world are relatable to the document structure of MongoDB. Let’s take a look at the high-level structure of a simple MongoDB environment to better understand how MongoDB is laid out.

The below chart relates MySQL to MongoDB (which is found in MongoDB’s documentation).

Another interesting note is the mongod process. This is a daemon that processes data requests, much the same as the mysqld process for MySQL. This is the process that listens for MongoDB requests, and manages access to the database. As with MySQL, there are a number of start-up options for the mongod process. One of the most important configuration options is --config which specifies a config file to use for your mongod instance. Slightly different from MySQL, this file uses YAML formatting. Below is an example config file for MongoDB. Please note this is to demonstrate formatting. It isn’t optimized for any production database.

By definition, MongoDB is a document store database. This chart gives you some idea of how that relates to the structure of MySQL or any SQL flavor. Instead of building a table and adding data, you can immediately insert documents into a collection without having to define a structure. This is one of the advantages in flexibility that MongoDB offers over MySQL. It is important to note that just because MongoDB offers this flexibility does not mean that organizing a highly functional production MongoDB database is effortless. Similar to choosing any database, thought should be put into the structure and goal of the database to avoid pitfalls down the line.

NOTE: YAML formatting does not handle tab. Use spaces to indent.

How is querying different?

Interacting with the database via the shell also offers something slightly different from SQL. JSON queries MongoDB. Again, this should be familiar to web developers which is one of the appeals of using MongoDB. Below is an example of a query translated from SQL to MongoDB. We have a user table with just usernames and an associated ID.

In the JSON format, we specify the user collection to query from and then the ID associated with the document we are interested in. Finally, the field is specified from which we want the value. The result of this query would be the username of the user that has an ID of 2.

MongoDB is not a silver bullet to your MySQL woes. As both databases continue to evolve, their weaknesses and strengths slowly start to blend together. Do not let the flexibility of MongoDB’s structure fool you into thinking that you must not have a plan for your database environment. This will surely lead to headaches down the road. The flexibility should allow for dynamic, fast changes not thoughtless ones. I encourage any MySQL user to get their hands on a MongoDB instance for testing purposes. MongoDB is a popular option in the e-commerce and gaming world because of its flexibility in schema design and its ability to scale horizontally with large amounts of data.