MySQL 8.0: Descending Indexes Can Speed Up Your Queries 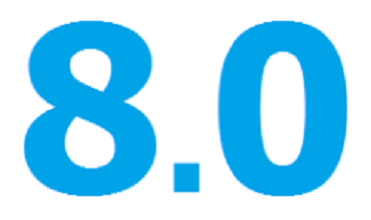 In this blog, we’ll discuss descending indexes in MySQL 8.0.

The future MySQL 8.0 will (probably) have a great new feature: support for index sort order on disk (i.e., indexes can be physically sorted in descending order). In the MySQL 8.0 Labs release (new optimizer preview), when you create an index you can specify the order “asc” or “desc”, and it will be supported (for B-Tree indexes). That can be especially helpful for queries like “SELECT … ORDER BY event_date DESC, name ASC LIMIT 10″ (ORDER BY clause with ASC and DESC sort).

Actually, the support for this syntax (CREATE INDEX … col_name … [ASC | DESC]) was there for a long time, but it was reserved for future extensions: if you created an index and specify “DESC” keyword was ignored in MySQL 5.6 and 5.7 (an index is always created in ascending order).

At the same time, MySQL (all versions) can scan the index backward, so those two queries will use index:

In the second query, MySQL scans the index backward for two fields.

What is also very important here is the “LIMIT 10”. MySQL scans the table in the order of index (and avoids filesort), then it aborts the scan after finding 10 rows. That makes the query almost instant:

But what about a different order: DESC and ASC (which make sense in the example where we want to show the latest events first but also use the secondary order, alphabetical, by event name). The query does a filesort and performs much slower:

The MySQL Server 8.0.0 Optimizer labs release includes new support for the index sort order (for InnoDB only). Here is how our query from the above performs:

Note the “Backward index scan” in the Extra column above.

This is a similar situation to an index on (event_date, name) sorted in ascending order, and can be used to satisfy both event_date asc, name asc and event_date desc, name desc (same order across two fields).

The original query that ran in 2.41 seconds (and performed a filesort operation), now runs almost instantly with the new index:

A (rather limited) workaround exist for MySQL 5.7, and involves creating (and indexing) a virtual field. Let’s say that instead of varchar, we need to order by an unsigned integer (i.e., “id”, which is an auto_increment field in another table). Our query will look like this: “select * from events order by event_date desc, profile_id asc limit 10”. In this case, we can “invert” the profile_id by making it negative and store it in a “virtual” (aka “generated”) column:

Then we can index it together with the date field:

Now we can use the the profile_id_negative index for “desc” sort order:

That is much faster, but produces the same results as the following query:

This feature can be found in other databases (for example, in MongoDB). It might be that this much-needed feature will be at some point backported into MySQL 5.7, so we can use it in that version.

I want to thank the MySQL Server Development team at Oracle for implementing it. If you are interested in other MySQL optimizer features, take a look at Manyi Lu’s presentation at Percona Live Amsterdam, where she talks about other great MySQL 8.0 features: histograms, invisible indexes, common table expressions and extended JSON support.