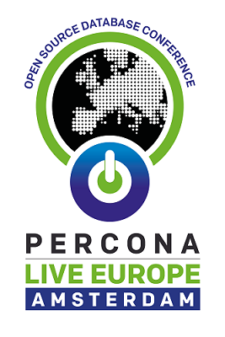 Hello again, from day two of the sold out Percona Live Europe Open Source Database Conference! There is still much excitement here at the conference, and today looks to be just as busy as yesterday.

Day two of Percona Live Europe 2016 kicked off once again with a keynote presentation by Percona co-founder and CEO Peter Zaitsev on Percona Contributions to the Open Source Database Ecosystem, which highlighted Percona’s focus, approach and contributions to the open source database community. Peter talked about his passion for open source software, database technology and finding the best solutions for our customers. This is summarized by Percona’s mission statement: To champion open source database solutions. 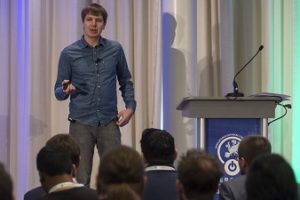 Percona embraces the idea of standing on the shoulders of giants – there are many solutions that can (and do) work, and rarely a single magic bullet that fixes everything. We promise to seek the best solution for typical database issues, and not just promote the solution we develop.

Percona believes in the value and power of open source instead of open core or business source licenses (BS license). We stand by the idea that it’s better for the community if we embrace the whole community. What’s best for our customers is what’s best for us, and that sometimes means recommending another open source software option rather than ours. We won’t let our ego get in the way of the best solution! 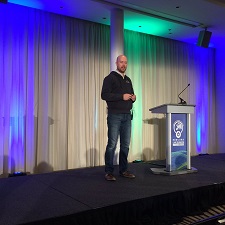 The MariaDB Foundation welcomes new contributors, with their development work focusing on issues that benefit as many users as possible. They publish code in real time, with public bug tracking and transparent progress and priorities. The foundation focuses on open source, not vendor lock-in, with contributions from multiple vendors and community members. Continuing with many of the conversations started at Percona Live, over 70 attendees will be at their developer meeting starting tomorrow in Amsterdam. They have a stable release of 10.2 planned for December. 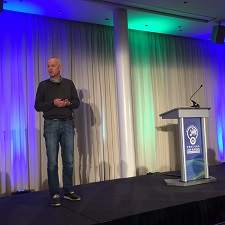 Geir Hoydalsvik from Oracle wrapped up the keynotes with his presentation: State of the Dolphin. This talk introduced MySQL 8.0. Geir discussed the MySQL Cloud Service, comprised of the Oracle public cloud and managed database service, and powered by MySQL Enterprise editions (which include support).

MySQL 8.0 will also include new invisible indexes, role-based management, Performance Schema indexes and persist configuration. Geir got a big laugh from the crowd when he announced they had finally fixed a bug reported by Peter in 2003.