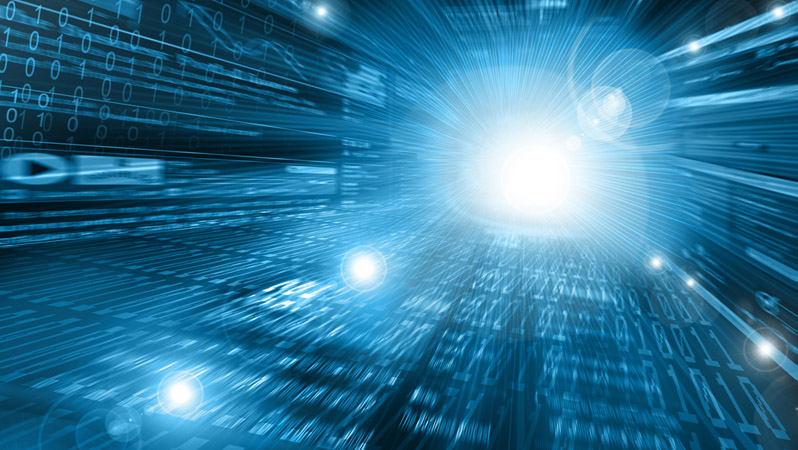 This article demonstrates how MySQL sharding with ProxySQL works.

Recently a colleague of mine asked me to provide a simple example on how ProxySQL performs sharding.

In response, I’m writing this short tutorial in the hope it will illustrate ProxySQL’s sharding functionalities, and help people out there better understand how to use it.

ProxySQL is a very powerful platform that allows us to manipulate and manage our connections and queries in a simple but effective way. This article shows you how.

You can see QRs as a sequence of filters and transformations that you can arrange as you like.

These simple basic rules give us enormous flexibility. They allow us to create very simple actions like a simple query re-write, or very complex chains that could see dozens of QR concatenated. Documentation can be found here.

The information related to HGs or QRs is easily accessible using the ProxySQL administrator interface, in the tables mysql_servers, mysql_query_rules and stats.stats_mysql_query_rules. The last one allows us to evaluate if and how the rule(s) is used.

With regards to sharding, what can ProxySQL do to help us achieve what we need (in a relatively easy way)? Some people/companies include sharding logic in the application, use multiple connections to reach the different targets, or have some logic to split the load across several schemas/tables. ProxySQL allows us to simplify the way connectivity and query distribution is supposed to work reading data in the query or accepting HINTS.

No matter what the requirements, the sharding exercise can be summarized in a few different categories.

In the following examples, I show how to use ProxySQL to cover the three different scenarios defined above (and a bit more).

The example below will report text from the Admin ProxySQL interface and the MySQL console. I will mark each one as follows:

I am going to illustrate procedures that you can replicate on your laptop, and when possible I will mention a real implementation. This because I want you to directly test the ProxySQL functionalities.

For the example described below I have a PrxySQL v1.2.2 that is going to become the master in few days. You can download it from:

If you need full instructions on how to install and configure ProxySQL, read here and here.

Obviously, you can have any number of shards and relative schemas. What is relevant here is demonstrating how traffic gets redirected to different targets (schemas), maintaining the same structure (tables), by discriminating the target based on some relevant information in the data or pass by the application.

OK, let us roll the ball.

For this exercise, I will use three hosts in replica.

To summarize, I will need:

First, we will create the schemas Asia, Africa, Europe:

Now let us start to configure the ProxySQL:

With this we have defined the user, the servers and the host groups.

Let us start to define the logic with the query rules:

I am now going to query the master (or a single node), but I am expecting ProxySQL to redirect the query to the right shard, catching the value of the continent:

You can say: “Hey! You are querying the schema World, of course you get back the correct data.”

This is not what really happened. ProxySQL did not query the schema World, but the schema Europe.

Let’s look at the details:

Let me explain what happened.

Rule 31 in ProxySQL will take all the FIELDS we will pass in the query. It will catch the CONTINENT in the WHERE clause, it will take any condition after WHERE and it will reorganize the queries all using the RegEx.

Does this work for any table in the sharded schemas? Of course it does.

Another possible approach is to instruct ProxySQL to shard is to pass a hint inside a comment. Let see how.

First let me disable the rule I just inserted. This is not really needed, but we’ll do it so you can see how. 🙂

Now what I want is for *ANY* query that contains the comment /* continent=X */ to go to the continent X schema, same server.

To do so, I instruct ProxySQL to replace any reference to the world schema inside the query I am going to submit.

How does this work?

I have defined two concatenated rules. The first captures the incoming query containing the desired value (like continent = Asia). If the match is there, ProxySQL exits that action, but while doing so it will read the Apply field. If Apply is 0, it will read the FlagOUT value. At this point it will go to the first rule (in sequence) that has the value of FlagIN equal to the FlagOUT.

The second rule gets the request and will replace the value of world with the one I have defined. In short, it replaces whatever is in the match_pattern with the value that is in the replace_pattern.

Now ProxySQL implements the Re2 Google library for RegEx. Re2 is very fast but has some limitations, like it does NOT support (at the time of the writing) the flag option g. In other words, if I have a select with many tables, and as such several “world”, Re2 will replace ONLY the first instance.

Will be transformed into:

The other day, Rene and I were discussing how to solve this given the lack of implementation in Re2. Finally, we opted for recursive actions.

This new implementation allows us to reference a Query Rule to itself to be executed multiple times.

If you go back you will notice that QR 34 has FlagIN and FlagOUT pointing to the same value of 25 and Apply =0. This brings ProxySQL to recursively call rule 34 until it changes ALL the values of the word world.

The result is the following:

You can see ProxySQL internal information using the following queries:

As you can see ProxySQL has nicely replaced the word world in the query to Europe, and it ran Query Rule 34 four times (hits).

This is obviously working for Insert/Update/Delete as well.

Will be transformed into:

And executed only on the desired schema.

How can I shard and redirect the queries to a host (instead of a schema)? This is even easier! 🙂

The main point is that whatever matches the rule should go to a defined HG. No rewrite imply, which means less work.

So how this is done? As before, I have three NODES: 192.168.1.[5-6-7]. For this example, I will use world DB (no continent schema), distributed in each node, and I will retrieve the node bound to the IP to be sure I am going to the right place.

I instruct ProxySQL to send my query by using a HINT to a specific host. I choose the hint “shard_host_HG”, and I am going to inject it in the query as a comment.

As such the Query Rules will be:

While the queries I am going to test are:

Running the query for Africa, I will get:

That will give me:

In this example, we have NO replace_patter. This is only a matching and redirecting Rule, where the destination HG is defined in the value of the destination_hostgroup attribute while inserting. In the case for Africa, it is HG 30.

This perfectly matches our returned value.

You can try by your own the other two continents.

Another way to assign a query’s final host is to use the the destination_hostgroup, set the Schema_name attribute and use the use schema syntax in the query.

I mention this method because it is currently one of the most common in large companies using SHARDING.

But it is not safe, because it relays on the fact the query will be executed in the desired HG. The risk of error is high.

Just think if a query doing join against a specified SHARD:

This will probably generate an error because shard03 is probably NOT present on the host containing shard01.

As such this approach can be used ONLY when you are 100% sure of what you are doing, and when you are sure NO query will have an explicit schema declaration.

Shard by host and by schema

Finally, is obviously possible to combine the two approaches and shard by host with only a subset of schemas.

To do so, let’s use all three nodes and have the schema distribution as follow:

I have already set the query rules using HINT, so what I have to do is to use them BOTH to combine the operations:

As you can see rule 11 has two HITS, which means my queries will go to the associated HG. But given that the Apply for rule 11 is =0, ProxySQL will first continue to process the Query Rules.

As such it will also transform the queries for rules 31 and 32, each one having the expected number of hits (one the first and the second four because of the loop).

That was all we had to do to perform a perfect two layer sharding in ProxySQL.

ProxySQL allows the user to access data distributed by shards in a very simple way. The query rules that follow the consolidate RegEx pattern, in conjunction with the possibility to concatenate rules and the Host Group approach definition give us huge flexibility with relative simplicity.

It is obvious that I need to acknowledge and kudos the work Rene’ Cannao is doing to make ProxySQL a solid, fast and flexible product. I also should mention that I work with him very often (more often than he likes), asking him for fixes and discussing optimization strategies. Requests that he satisfies with surprising speed and efficiency.