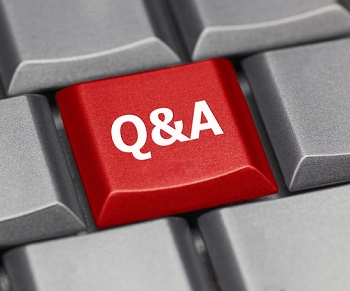 Thank you for attending my 22nd July 2016 webinar titled “Top Most Overlooked MySQL Performance Optimizations“. In this blog, I will provide answers to the Q & A for that webinar.

For hardware, which disk raid level do you suggest? Is raid5 suggested performance-wise and data-integrity-wise?
RAID 5 comes with high overhead, as each write turns into a sequence of four physical I/O operations, two reads and two writes. We know that RAID 5s have some write penalty, and it could affect the performance on spindle disks. In most cases, we advise using alternative RAID levels. Use RAID 5 when disk capacity is more important than performance (e.g., archive databases that aren’t used often). Since write performance isn’t a problem in the case of SSD, but capacity is expensive, RAID 5 can help by wasting less disk space.

Regarding collecting table statistics, do you have any suggestions for analyzing large tables (over 300GB) since we had issues with MySQL detecting the wrong cardinality?
MySQL optimizer makes decisions about the execution plan (EXPLAIN), and statistics are re-estimated automatically and can be re-estimated explicitly when one calls the ANALYZE TABLE statement for the table, or the OPTIMIZE TABLE statement for InnoDB tables (which rebuilds the table and then performs an ANALYZE for the table).

When MySQL optimizer is not picking up the right index in EXPLAIN, it could be caused by outdated or wrong statistics (optimizer bugs aside). So, when you optimize the table you rebuild it so data are stored in a more compact way (assuming they changed a lot in the past) and then you re-estimate statistics based on some random sample pages checked in the table. As a result, you come up with statistics that are more correct for the data you have at the moment. This allows optimizer to get a better plan. When an explicit hint is added, you reduce possible choices for optimizer and it can use a good enough plan even with wrong statistics.

If you use versions 5.6.x and 5.7.x, and InnoDB tables, there is a way to store/fix statistics when the plans are good.  Using Persistent Optimizer Statistics prevents it from changing automatically. It’s recommended you run ANALYZE TABLE to calculate statistics (if really needed) during off peak time and make sure the table in question is not in use. Check this blogpost too.

Regarding the buffer pool, when due you think using multiple buffer pool instances make sense?
Multiple InnoDB buffer pools were introduced in MySQL 5.5, and the default value for it was 1. Now, the default value in MySQL 5.6 is 8. Enabling innodb_buffer_pool_instances is useful in highly concurrent workloads as it may reduce contention of the global mutexes. innodb_buffer_pool_instances helps to improve scalability in multi-core machines and having multiple buffer pools means that access to the buffer pool splits across all instances. Therefore, no single mutex controls the access pattern.

About Duplicate Keys, if I have a UNIQUE KEY on two columns, is it ok then to set a key for each of these columns also? Or should I only keep the unique key on the columns and get rid of regular key on each column also?
As I mentioned during the talk, for composite index the leftmost prefix is used. For example, If you have a UNIQUE INDEX on columns A,B as (A,B), then this index is not used for lookup for the query below:

For that query, you need a separate index on B column.

On myisam settings, doesn’t the MySQL and information_schema schemas require myisam? If so, are any settings more than default needing to be changed?
performance_schema uses the PERFORMANCE_SCHEMA storage engine, so only MySQL system database tables use the MyISAM engine. The MySQL system database is not used much and usually default settings for MyISAM engine are fine.

Will functions make my app slow compare than query?
I’m not sure how you’re comparing “queries” versus “stored functions.” Functions also need to transform, similar to the query execution plan. But it might be slower compare to well-coded SQL, even with the overhead of copying the resulting data set back to the client. Typically, functions have many SQL queries. The trade-off is that this does increase the load on the database server because more of the work is done on the server side and less is done on the client (application) side.

Foreign key will make my fetches slower?
MySQL enforces referential integrity (which ensures data consistency between related tables) via foreign keys for the InnoDB storage engine. There could be some overhead of this for the INSERT/UPDATE/DELETE foreign key column, which has to check if the value exists in a related column of other tables. There could be some overhead for this, but again it’s an index lookup so the cost shouldn’t be high. However, locking overhead comes into play as well. This blogpost from our CEO is informative on this topic. This especially affect writes, but I don’t think FK fetches slower for SELECT as it’s an index lookup.

Large pool size can have a negative impact to performance? About 62GB of pool size?
The InnoDB buffer pool is by far the most important option for InnoDB Performance, as it’s the main cache for data and indexes and it must be set correctly. Setting it large enough (i.e., larger than your dataset) shouldn’t cause any problems as long as you leave enough memory for OS needs and for MySQL buffers (e.g., sort buffer, join buffer, temporary tables, etc.).

62GB doesn’t necessarily mean a big InnoDB buffer pool. It depends on how much memory your MySQL server contains, and what the size of your total InnoDB dataset is. A good rule of thumb is to set the InnoDB buffer pool size as large as possible, while still leaving enough memory for MySQL buffers and for OS.

Can you find candidate missing indexes by looking at the slow query log?
Yes, as I mentioned you can find unused indexes by enabling log_queries_not_using_indexes. It writes to slow_query_log. You can also enable the user_statistics feature which adds several information_schema tables, and you can find un-used indexes with the help of user_statistics. pt-index-usage is yet another tool from Percona toolkit for this purpose. Also, check this blogpost on this topic.

How to find the unused indexes? They also have an impact on performance.
Unused indexes can be found with the help of the pt-index-usage tool from Percona toolkit as mentioned above. If you are using Percona Server, you can also use User Statistics feature. Check this blogpost from my colleague, which shows another technique to find unused indexes.

As far as I understand, MIXED will automatically use ROW for non-deterministic and STATEMENT for deterministic queries. I’ve been using it for years now without any problems. So why this recommendation of ROW?

In Mixed Mode, MySQL uses statement-based replication for most queries, switching to row-based replication only when statement-based replication would cause an inconsistency. We recommend ROW-based logging because it’s efficient and performs better as it requires less row locks. However, RBR can generate more data if a DML query affects many rows and a significant amount of data needs to be written to the binary log (and you can configure binlog_row_image parameter to control the amount of logging). Also, make sure you have good network bandwidth between master/slave(s) for RBR, as it needs to send more data to slaves. Another important thing to get best of the performance with ROW-based replication is to make sure all your database tables contain a Primary Key or Unique Key (because of this bug http://bugs.mysql.com/bug.php?id=53375).

Can you give a brief overview of sharding…The pros and cons also.
With Sharding, database data is split into multiple databases with each shard storing a subset of data. Sharding is useful to scale writes if you have huge dataset and a single server can’t handle amount of writes.

Performance and throughput could be better with sharding. On the other hand, it requires lots of development and administration efforts. The application needs to be aware of the shards and keep track of which data is stored in which shard. You can use MySQL Fabric framework to manage farms of MySQL Servers. Check for details in the manual.

Can you specify a few variables which could reduce slave lag?
Because of the single-threaded nature of MySQL (until MySQL 5.6), there is always a chance that a MySQL slave can lag from the master. I would suggest considering the below parameters to avoid slave lag:

Those above parameters would definitely help to minimize slave lag. However, along with that make sure your slave(s) hardware is as strong as the master. Make sure your read queries are fast enough. Don’t overload slave to much, and distribute read traffic evenly between slave(s). Also, you should have the same table definitions on slave(s) as the master (e.g., master server indexes must exists on slave(s) tables too). Last but not least, I wrote a blogpost on how to diagnose and cure replication lag. It might be useful for further reading.