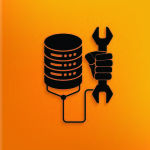 In this blog post, we’ll discuss how to benchmark MongoDB with sysbench.

In an earlier post, I mentioned our use of sysbench-mongodb (via this fork) to run benchmarks of MongoDB servers. I now want to share our work extending sysbench to make it work with MongoDB.

If you’re not familiar with sysbench, it’s a great project developed by Alexey Kopytov that lets you run different types of benchmarks (referred to as “tests” by the tool), including database benchmarks. The database tests are implemented in Lua scripts, which means you can customize them as needed (or even write new ones from scratch) – something useful for simulating specific workloads.

All of the database tests in sysbench assume an SQL-based database, so instead of trying to shoehorn MongoDB tests into this framework I modified the connect/disconnect functions to handle MongoDB, and then implemented new functions specific for this database.

You can find the work (which is still in progress but usable, and in fact currently used by us in benchmarks) on the dev-mongodb-support-1.0 branch of our sysbench fork.

To use it, you just need to specify the –mongo-url argument (others too, as needed, but this is the one that must be present for sysbench to detect a MongoDB test is requested), and then provide the path to the Lua script you want to run. The following is an example:

To build this branch, you’ll first need to build and install (or otherwise obtain) the mongo-c-driver project, as that is what we use to connect to MongoDB. Once that’s done, building is just a matter of running the following commands from the repo’s root:

The changes should not affect the other database tests in sysbench, though I have only verified that the MySQL ones continue to work.

Right now, the workload from sysbench-mongodb is implemented in Lua scripts (oltp.lua), and work is in progress to allow freeform operations to be created with new Lua scripts (by providing functions that take JSON as the argument). As an alternative, you may want to check out this much-less-tested (and currently unstable) branch based on luamongo. It already supports the creation of arbitrary workloads in Lua. In this case, you also need to build luamongo, which is included.

With either branch, you can add new tests by implementing new Lua scripts (though the dev-mongodb-support-1.0 branch still needs a few functions implemented on the C side to support arbitrary operations from the Lua side).

We think there are still some types of operations needed to improve sysbench’s usefulness for MongoDB, such as queries involving arrays, union, the $in operator, geospatial operators, and in place updates.

We hope you find this useful, and we welcome suggestions and bug reports to improve it.