In this blog post, we’ll discuss the ins and outs of Percona Server 5.7 parallel doublewrite. 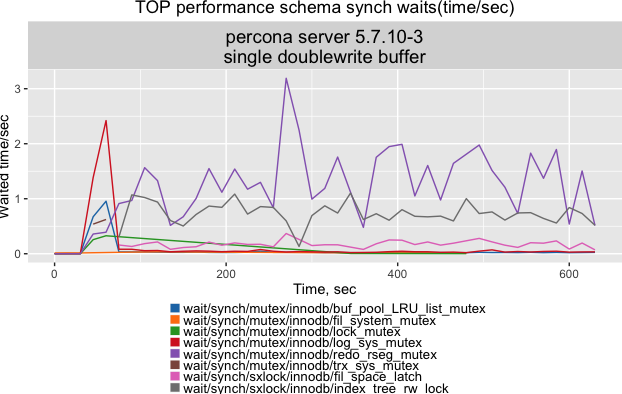 We see that the doublewrite buffer mutex is gone as expected and that the top waiters are the rseg mutexes and the index lock (shouldn’t this be fixed in 5.7?). Then we checked PMP:

Again we see that PFS is not telling the whole story, this time due to a missing annotation in XtraDB. Whereas the PFS results might lead us to leave the flushing analysis and focus on the rseg/undo/purge or check the index lock, PMP clearly shows that a lack of free pages is the biggest source of waits. Turning on the doublewrite buffer makes LRU flushing inadequate again. This data, however, doesn’t tell us why that is. 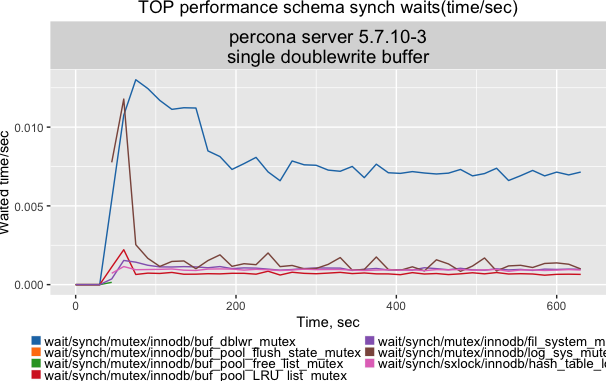 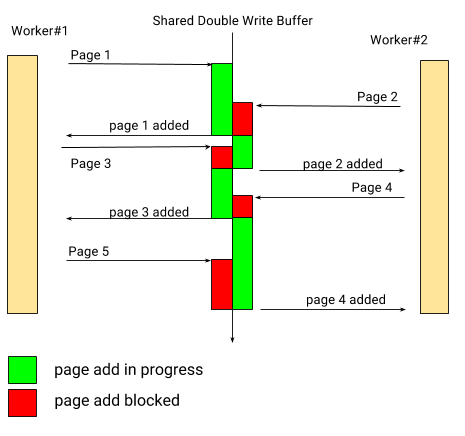 By now we should be wary of reviewing PFS data without checking its results against PMP. Here it is:

As with the single-page flush doublewrite contention and the wait to get a free page in the previous posts, here we have an unannotated-for-Performance Schema doublewrite OS event wait (same bug 80979):

This is as bad as it looks (the comment is outdated). A running doublewrite flush blocks any doublewrite page add attempts from all the other flusher threads for the duration of the flush (up to 120 data pages written twice to storage): 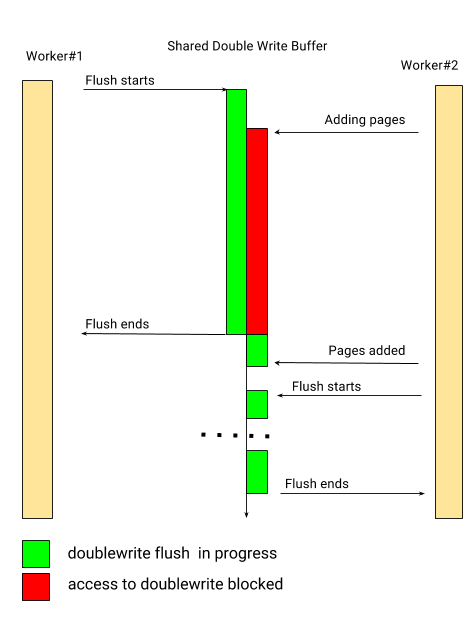 The issue also occurs with MySQL 5.7 multi-threaded flusher but becomes more acute with the PS 5.7 multi-threaded LRU flusher. There is no inherent reason why all the parallel flusher threads must share the single doublewrite buffer. Each thread can have its own private buffer, and doing so allows us to add to the buffers and flush them independently. This means a lot of synchronisation simply disappears. Adding pages to parallel buffers is fully asynchronous: 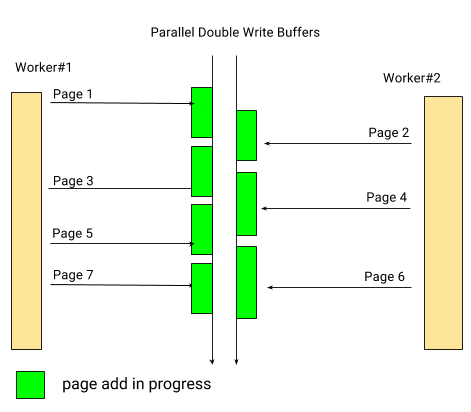 And so is flushing them: 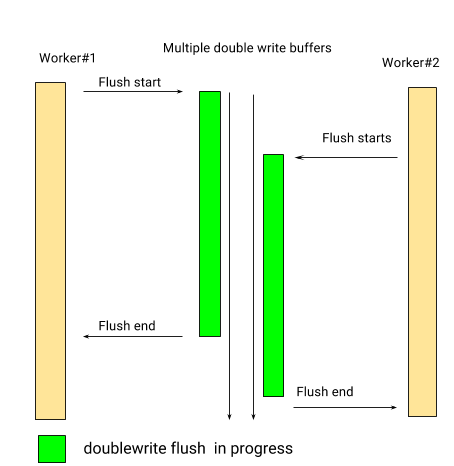 This behavior is what we shipped in the 5.7.11-4 release, and the performance results were shown in a previous post. To see how the private doublewrite buffer affects flusher threads, let’s look at isolated data for those threads again. 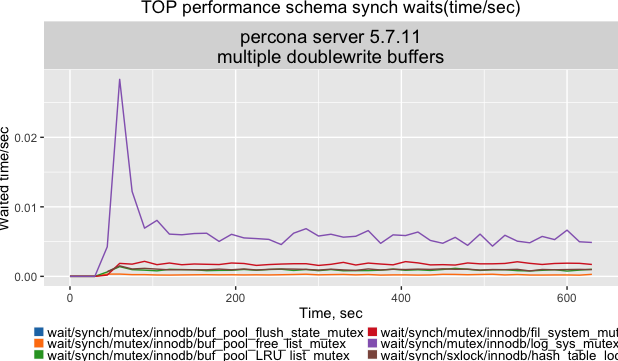 It shows the redo log mutex as the current top contention source from the PFS point of view, which is not caused directly by flushing.

The buf_dblwr_flush_buffered_writes now waits for its own thread I/O to complete and doesn’t block other threads from proceeding. The other top mutex waits belong to the LRU list mutex, which is again not caused directly by flushing.