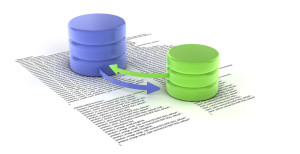 The new Mydumper 0.9.1 version, which includes many new features and bug fixes, is now available.  You can download the code from here.

A significant change included in this version now enables Mydumper to handle all schema objects!!  So there is no longer a dependency on using mysqldump to ensure complex schemas are backed up alongside the data.

Let’s review some of the new features:

Mydumper now takes care of backing up the schema, including Views and Merged tables. As a result, we now have these new associated options:

These options are not enabled by default to keep backward compatibility with actual mixed solutions using Mysqldump for DDLs.

You can think on this as --single-transaction for mysqldump, but still with binlog position. Obviously this position only applies to transactional tables (TokuDB included).  One of the advantages of using this option is that the global read lock is only held for the threads coordination, so it’s released as soon as the transactions are started.

GTIDs are now recorded on the metadata file.  Also Mydumper is now able to detect a multisource slave (MariaDB 10.1.x) and will record all the slaves coordinates.

Until now the only option was to copy the database files to a different directory and restore from it. However, we now have a new option available:

It can be used also in combination with -B, --database to restore to a different database name.

Max Bubenick has been working with MySQL for more than 10 years. Before joining Percona's Remote DBA team in 2013 he worked as lead DBA for one of the biggest social gaming companies at that time. Also he maintains mydumper.