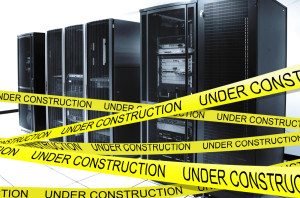 The other day a colleague and friend of mine, Peter Boros, had a case where one of our clients had to track down the process shutting down MySQL. This blog is based on the discussion we had about that internally.

Our client wanted Peter to identify the culprit behind periodic shutdowns. This proved to be slightly more difficult than usual, for reasons that you might guess from the title of this blog.

Here is what Peter saw in the logs:

Some of you may recall that I wrote a blog post about tools that can help you identify other processes that send signals to mysqld. Peter chose SystemTap to track down the process. The script he used to trace it was from David Busby’s blog:

Using this SystemTap script Peter discovered that the “killer” was mysqld:

As you can see above, mysqld received a SIGTERM from mysqld. How is this possible? Let’s try to interpret what happened here!

According to the manual, server shutdown can be initiated in different ways. For instance:

Let’s assume that we are talking about the first example, where a privileged process/script sends a SIGTERM to mysqld. If that was the case we would get:

The first line in the above output shows the client process (bash) that issued the TERM signal to MySQL. In response, MySQL started a signal handler thread and processed shutdown (COM_SHUTDOWN) using that thread. In turn the referenced function kill_mysqld() may send a signal to current_pid on behalf of the initiating process.

As a side note, in the above output you don’t see anything related to threads. You could get even more detail about MySQL’s operation if you were to modify the tapscript to include tgkill system calls and display related thread IDs as well:

While this might be useful to better comprehend how mysqld behaves, it is irrelevant in our search for the culprit process, so I’m not going to include the output of that script here – that exercise will be left to you, dear reader!

Now what happens if a MySQL user with administrative privileges initiates the shutdown via the console instead? We get:

You see that this time the sender was mysqld, which thoroughly resembles the original output that Peter had. Thus, we now know that what we were looking for was a program called mysqladmin shutdown!

Unfortunately, this means that the program may not be local and the client could connect from a different host. A local recursive grep may or may not solve our problem. However, if we enable general-log with log-warnings=2 it might yield something like:

Thus, we now know where to run our recursive grep for that rogue mysqladmin shutdown (or a similar, API-leveraging) process! In my case it was running on remote host 192.168.3.1 and connected as MySQL user ‘robert’.

Of course you could find alternative methods to track down MySQL connections but that’s beyond what I intended to include in this blog. Perhaps in the next?

Robert joined the US consulting team of Percona in 2014. He is an avid fan of opensource and all things IT. Before joining Percona he worked in various roles for a Fortune 500 manufacturing company, most recently as an Infrastructure Architect / Engineer. He is originally from Europe, Hungary where he used to be an instructor and taught various Sun Microsystems classes across Europe. Robert has some academic background and he used to manage the network services of his old Department and his Dormitory. In those rare hours when he is not in front of a computer he spends time with his family or plays around with his RC gear.