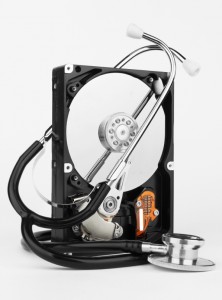 Here on the Percona Support team we often ask customers to retrieve disk stats to monitor disk IO and to measure block devices iops and latency. There are a number of tools available to monitor IO on Linux. iostat is one of the popular tools and Percona Toolkit, which is free, contains the pt-diskstats tool for this purpose. The pt-diskstats tool is similar to iostat but it’s more interactive and contains extended information. pt-diskstats reports current disk activity and shows the statistics for the last second (which by default is 1 second) and will continue until interrupted. The pt-diskstats tool collects samples of /proc/diskstats.

In this post, I will share some examples about how to monitor and check to see if the IO subsystem is performing properly or if any disks are a limiting factor – all this by using the pt-diskstats tool.

Along with that, there are many other parameters for pt-diskstats – you can found full documentation here. Below is an example of pt-disktats in action. I used the  –devices-regex option which prints only device information that matches this Perl regex.

These are the stats from 7200 RPM SATA disks. As you can see, the write-response time is very high and most of that is made up of IO queue time. This shows the problem exactly. The problem is that the IO subsystem is not able to handle the write workload because the amount of writes that are being performed are way beyond what it can handle. It means the disks cannot service every request concurrently. The workload would actually depend a lot on where the hot data is stored and as we can see in this particular case the workload only hits a single disk out of the 4 disks. A single 7.2K RPM disk can only do about 100 random writes per second which is not a lot considering heavy workload.

It’s not particularly a hardware issue but a hardware capacity issue. The kind of workload that is present and the amount of writes that are performed per second are not something that the IO subsystem is able to handle in an efficient manner. Mostly writes are generated on this server as can be seen by the disk stats.

Let me show you a second example. Here you can see read latency. rd_rt is consistently between 10ms-30ms. It depends on how fast the disks are spinning and the number of disks. To deal with it possible solutions would be to optimize queries to avoid table scans, use memcached where possible, use SSD’s as it can provide good I/O performance with high concurrency. You will find this post useful on SSD’s from our CEO, Peter Zaitsev.

From the below diskstats output it seems that IO is saturated between both reads and writes. This can be noticed with high value for columns rd_s and wr_s. In this particular case, consider having disks in either RAID 5 (better for read only workload) or RAID 10 array is good option along with battery-backed write cache (BBWC) as single disk can really be bad for performance when you are IO bound.

The following example reflects write heavy activity but write-response time is very good, under 1ms, which shows disks are healthy and capable of handling high number of IOPS.