I have a chance to test a system with Intel 320 SSD drives (NewRelic provided me with an access to the server), and compare performance with SAS hard drives.

I should mention that on these datasizes, sysbench workload is pretty nasty, MySQL will mostly reads and writes pages from buffer pool (replacing pages in buffer pool). This however allows us to see the best possible scenario for SSD running under MySQL, the final result will show the best possible gain.
I do measurements every 10 sec to see stability of results. 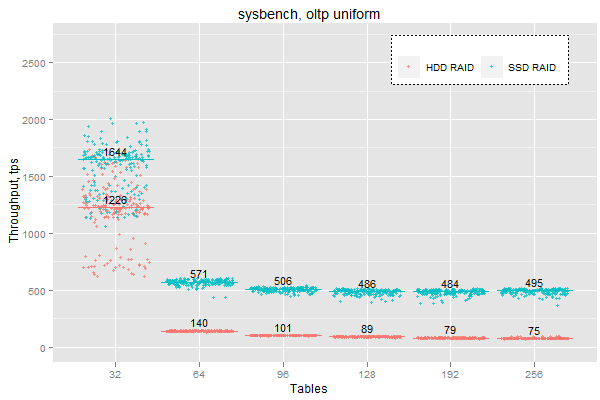 As you can see, on the big datasizes we have 5-6x improvement. However on 32 tables (375GB of data), the result became unstable.

There is a graph with time series with 10 sec measurements. 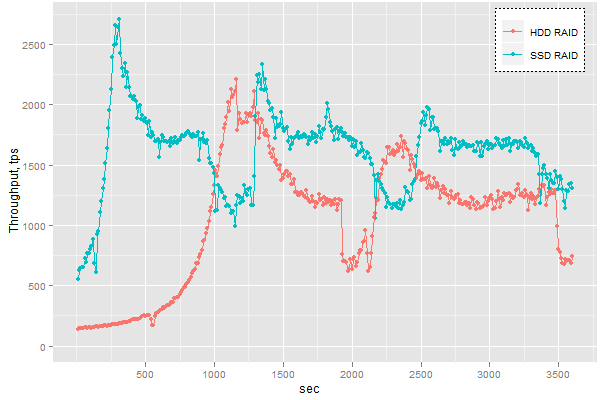 It looks like we are having symptoms of the flushing problem. This is to investigate later.

The scripts and raw results are on Benchmarks Launchpad.