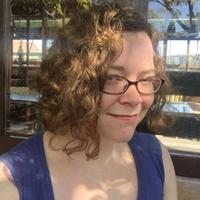 This blog post is with Charity Majors, CEO/Cofounder of Honeycomb. Her talk is Debugging with Logs (and Other Events). Her presentation covers some of the lessons every engineer should know (and often learns the hard way): why good logging solutions are so expensive, why treating your logs as strings can be costly and dangerous, how logs can impact code efficiency and add/fix/change race conditions in your code. In our conversation, we discussed debugging your database environment:

Charity: Oh dear, I don’t. I hate databases. Data is the scariest, hardest part of computing. The stakes are highest and the mistakes the most permanent. Data is where you can kill any company with the smallest number of errors. That’s why I always end up in charge of the databases – I just don’t trust anybody else with the power. (Also, I’m an adrenaline junkie who gets off on high stakes. I could gamble or I could do databases, and I know too much math to gamble.) Literally, nobody loves databases. If they tell you anything different, they are either lying to you or they’re nowhere near production.

I got into databases from operations. I’ve been on call since I was 17, over half my life. I am really stubborn, have an inflated sense of my own importance and like solving problems, so operations was a natural fit. I started diving on the databases grenades when I worked at Linden Lab and MySQL was repeatedly killing us. It seemed impossible, so I volunteered to own it. I’ve been doing that ever since.

Percona: You’re presenting a session called “Debugging with Logs (and Other Events)”. What is the importance of logs for databases and DBAs?

Charity: I mean, it’s not really about logs. I might change my title. It’s about understanding WTF is going on. Logs are one way of extracting events in a format that humans can understand. My startup is all about “what’s happening right now; what’s just happened?” Which is something we are pretty terrible at as an industry. Databases are just another big complex piece of software, and the only reason we have DBAs is because the tooling has historically been so bad that you had to specialize in this piece of software as your entire career.

The tooling is getting better. With the right tools, you don’t have to skulk around like a detective trying to model and predict what might be happening, as though it were a living organism. You can simply sum up the lock time being held, and show what actor is holding it. It’s extremely important that we move away from random samples and pre-aggregated metrics, toward dynamic sampling and rich events. That’s the only way you will ever truly understand what is happening under the hood in your database. That’s part of what my company was built to do.

Percona: How can logging be used in debugging to track down database issues? Can logging affect performance?

Charity: Of course logging can affect performance. For any high traffic website, you should really capture your logs (events) by streaming tcpdump over the wire. Most people know how to do only one thing with db logs: look for slow queries. But those slow queries can be actively misleading! A classic example is when somebody says “this query is getting slow” and they look at source control and the query hasn’t been modified in years. The query is getting slower either because the data volume is growing (or data shape is changing), or because reads can yield but writes can’t, and the write volume has grown to the point where reads are spending all their time waiting on the lock.

Yep, most db logs are terrible.

Charity: Lots of cynicism. Everything in computers is terrible, but especially so with data. Everything is a tradeoff, all you can hope to do is be aware of the tradeoffs you are making, and what costs you are incurring whenever you solve a given problem. Also, I hope people come away trembling at the thought of adding any more strings of logs to production. Structure your logs, people! Grep is not the answer to every single question! It’s 2017, nearly 2018, and unstructured logs do not belong anywhere near production.

Charity: My coauthor Laine and I are going to be signing copies of our book Database Reliability Engineering and giving a short keynote on the changes in our field. I love the db community, miss seeing Mark Callaghan and all my friends from the MongoDB and MySQL world, and cannot wait to laugh at them while they cry into their whiskey about locks or concurrency or other similar nonsense. Yay!

Want to find out more about Charity and database debugging? Register for Percona Live Europe 2017, and see her talk Debugging with Logs (and Other Events). Register now to get the best price! Use discount code SeeMeSpeakPLE17 to get 10% off your registration.