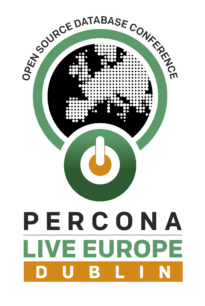 We are five weeks out to the conference! The tutorials and the sessions have been released, and there’s an added bonus – you can now look at all this in a grid view: tutorials, day one and day two. Now that you can visualize what’s being offered, don’t forget to register.

If you want a discount code, feel free to email me at colin.charles@percona.com.

We have some exciting keynotes as well. Some highlights:

Let’s not forget the usual State of the Dolphin, an update from Oracle’s MySQL team (representative: Geir Høydalsvik), as well as a keynote by Peter Zaitsev (CEO, Percona) and Continuent. There will also be a couple of Percona customers keynoting, so expect information-packed fun mornings! You can see more details about the keynotes here: day one and day two.

Percona’s website keeps track of community events, so check out where to listen to a Perconian speak. My upcoming appearances are:

Bill Bogasky (MariaDB Corporation) says that if you’re looking for commercial support for Riak now that Basho has gone under, you could get it from Erlang Solutions or TI Tokyo. See their announcement: Riak commercial support now available post-Basho. Thanks, Bill!