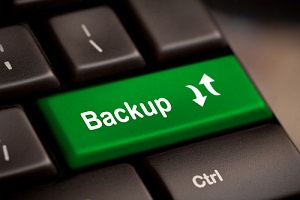 In this blog post, we’ll look at MongoDB point-in-time backups, and work with them.

Mongodump is the base logical backup tool included with MongoDB. It takes a full BSON copy of database/collections, and optionally includes a log of changes during the backup used to make it consistent to a point in time. Mongorestore is the tool used to restore logical backups created by Mongodump. I’ll use these tools in the steps in this article to restore backed-up data. This article assumes a mongodump-based backup that was taken consistently with oplog changes (by using the command flag “–oplog”), and the backup is being restored to a MongoDB instance.

In this example, a mongodump backup is gathered and restored for the base collection data, and separately the oplogs/changes necessary to restore the data to a particular point-in-time are collected and applied to this data.

Stage 1: Get a Mongodump Backup

Required for any replset member! Causes “mongodump” to capture the oplog change log during the backup for consistent to one point in time.

Optional. For mongodump >= 3.2, enables inline compression on the backup files.

In this stage, we will gather the changes needed to roll the data forward from the time of backup to the time/oplog-position to which we would like to restore.

A start and end timestamp are required to get the oplog data. In all cases, this will need to be gathered manually, case-by-case.

In this stage, we apply the time-range-based oplogs gathered in Stage 3 to the restored data set to bring it from the time of the backup to a particular point in time before a problem occurred.

Required. This is needed to replay the oplogs in this step.

Required. The path to the mongodump data.