Tips for avoiding malware from a lesson learned 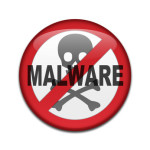 In a recent article on the Percona blog, I recommended readers to a tool called CamStudio for making technical screen recordings. The blog post was very popular and got 300+ Facebook likes in a short time. Providentially though, a reader commented that the installer (as downloaded from the project website) installed “pretty annoying adware on [his] PC.”

As I had been using a slightly dated installer, which did not show this issue, I started looking into the reader’s claims. Besides finding that the reader was correct in his claims about the project website’s installer, I found that even the installer from sourceforge.com (a well known open source download site) had a significant amount of adware in it.

However, the worst had yet to come. Reading through the CamStudio forum on SourceForge, I found out that the CamStudio binaries had apparently been plagued by adware and possibly also viruses and malware. I am however always somewhat suspicious of such reports; consider for example that CamStudio’s competitor TechSmith sells a very similar product (originally based on the same source code I believe) at $299 US per license. Not saying it happened, but one can easily see why competing companies may try to eliminate the open source/free competition.

Still, being cautious, I ran my older original installer (which did not have the adware issues) through virustotal.com, a Google service I learned about during this ‘adventure’. “Guess what” my daughter would say. It had a malware Trojan (Trojan.Siggen6.33552) in it which had only been discovered by a anti-virus software company last April, and only one in 56 virus scanners picked it up according to https://www.virustotal.com! Once the situation was clear, I immediately removed the blog post!

Clearly this was turning out not to be my day. Reading up on this Trojan proved that it was ‘designed for installation of another malware’. Given that Trojan.Siggen6.33552 had only been discovered in April, and given that it may have been installing other malware as per the anti-virus company who discovered it, I quickly decided to reinitialize my Windows PC. Better safe then sorry.

As I mentioned to my colleague David Busby, when you have something happen like this, you become much more security conscious! Thus, I did a review of my network security and was quite amazed at what I found, especially when compared with online security reports.

For example, we have uPnP (universal plug and play) on our routers, Skype automatically installs a (quite wide) hole in the Windows Firewall (seemingly even where it is not necessary), and we allow all 3rd party cookies in all our browsers. One would think this is all fine, but it makes things more easy for attackers!

Besides virustotal.com, David showed me https://malwr.com – another great resource for analysing potential malwares.

Did you know that with the standard Skype settings, someone can easily work out your IP address? Don’t believe it? If you’re on Windows, go to Skype > Tools > Options > Advanced > Connection and hover your mouse over the blue/white question mark after ‘Allow direct connections to your contacts only’. You’ll see that it says “When you call someone who isn’t a contact, we’ll keep your IP address hidden. This may delay your call setup time.“ And apparently on Linux this option is not even directly available (more info here).

So, for example, to make Skype more secure I did 1) untick ‘use port 80 and 443 for additional incoming connections’, 2) setup a fixed port and punched a hole in the Windows firewall just for that port, for a specific program, a specific user, and for a specific IP range (much more restricted than the wide hole that was already there), 3) Removed the “Skype rule” which seemingly was placed there by the Skype installer, 4) Disabled uPnP on my router, 5) Disabled Skype from using uPnP, 6) Ticked ‘Allow direct connections to your contacts only’. Phewy. (Note that disabling uPnP (being a convenience protocol) can lead to some issues with smartTV’s / consoles / mobile phone apps if disabled.)

All our networking & software setup these days is mostly about convenience.

Further reviewing the Windows firewall rules, I saw many rules that could be either removed or tied down significantly. It was like doing QA on my own network (phun intended :). The same with the router settings. Also did a router firmware upgrade, and installed the latest Windows security patches. All of the sudden that previously-annoying ‘we’ll just shut down your pc to install updates, even if you had work open’ feature in Windows seemed a lot more acceptable 🙂 (I now have a one-week timeout for automatic restarts).

For the future ahead, when I download third party utilities (open source or not), I will almost surely run them through virustotal.com – a fantastic service by Google. It’s quite quick and easy to do; download, upload, check. I also plan to once in a while review Windows firewall rules, program security settings (especially for browsers and tools like Skype etc.), and see if there are Windows updates etc.

The most surprising thing of all? Having made all these security restrictions has given me 0% less functionality thus far.

Maybe it is indeed time we wake up about security.

Roel leads Percona's QA team. Before coming to Percona, he contributed significantly to the QA infrastructure at Oracle. Roel has a varied background in IT, backed up by many industry leading certifications. He also enjoys time with God, his wife and 5 children, or heading into nature. Roel tweets at @RoelVandePaar