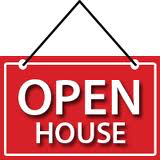 If you can make it to Manhattan next Monday, please join me at the MongoDB Community Open House. The June 1 event is free and open to all. It runs from 3:30-6:30 p.m. just across the road from MongoDB World.

The MongoDB Community Open House, held at the New York Hilton Midtown, will feature technical presentations and sessions from key members of the MongoDB open source community. A reception will be held afterward featuring plenty of food, drink and fun. Everyone who attends the will get a cool t-shirt, too. Space is limited, though, so I suggest registering now to reserve your spot.

In addition to the free t-shirts, food and drinks, we’ll also be raffling off some prizes, including a full-access pass to Percona Live Amsterdam, to be held this coming September 21-23. Our autumn conference, moved to a new month and venue by popular demand, will be bigger and better than ever with great speakers, tutorials and sessions around MySQL, NoSQL and data in the cloud.

The MongoDB Community Open House will be especially valuable for those unable to attend MongoDB World for budgetary reasons. Our intent is to make MongoDB World even better by adding more technical content. And if you are attending MongoDB World, I invite you to drop in even if only for a session or two.

I hope to see you Monday in NYC!