Percona Server on the Raspberry Pi: Your own MySQL Database Server for Under $80

There are many reasons for wanting a small MySQL database server:

So, how about if you could setup a small Arch Linux ARMv6-based hardware device which runs Percona Server for MySQL, in a space not much bigger than your mouse, with the power consumption of only a smartphone charger, fully networked, all for under $80? 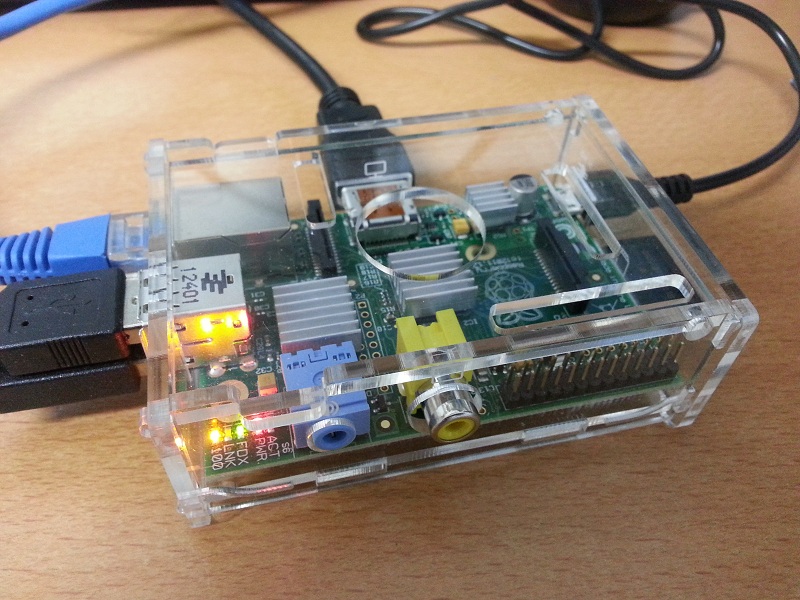 A small disclaimer first: Arch Linux is not currently on our list of supported OS’es (i.e. we do not promise to provide binaries, even though they are available from the Arch Linux AUR repository), however if you do happen to run into issues, our support service engineers are happy to provide help.

To get started, here is what you need (prices in AU$):

Optionally, if your screen has a DVI port, you can get a HDMI Cable + DVI (male)-to-HDMI (female) connector (~$12). This enables you to connect the Raspberry Pi to your screen, and so follow what is happening on the console of the Raspberry Pi. Make sure to get the proper DVI connector for your screen as many connectors that are sold have a wrong pin layout (most standard computer screens use a DVI-D connector, not a DVI-I one).

Alternatively, if you really do end up needing to view the console of your Raspberry Pi (for example to configure an IP address in Arch Linux if you do not have a DHCP server), you can simply hook the Raspberry Pi to your TV set using the Composite RCA (PAL & NTSC) connector.

Once you have your hardware, here is how to get Percona Server for MySQL up and running:

Now that was easy wasn’t it?

A few other points:

Roel leads Percona's QA team. Before coming to Percona, he contributed significantly to the QA infrastructure at Oracle. Roel has a varied background in IT, backed up by many industry leading certifications. He also enjoys time with God, his wife and 5 children, or heading into nature. Roel tweets at @RoelVandePaar