This year’s Percona Live for Europe proved to be a turning point for the conference.

First and most obvious was the change of venue. After several years in London we decided to move the show to Amsterdam and we were quite pleased. The weather was not much different (it rained most of the time) but the new venue was great and the more central location in Europe made attending the show easier for many.

A couple of interesting factoids about the attendees. First, we had over 300 hundred registered attendees – a 25%+ increase over last year. Not surprisingly, most of those in attendance were from Europe but we had folks from as far away as Chile, South Africa and Japan. 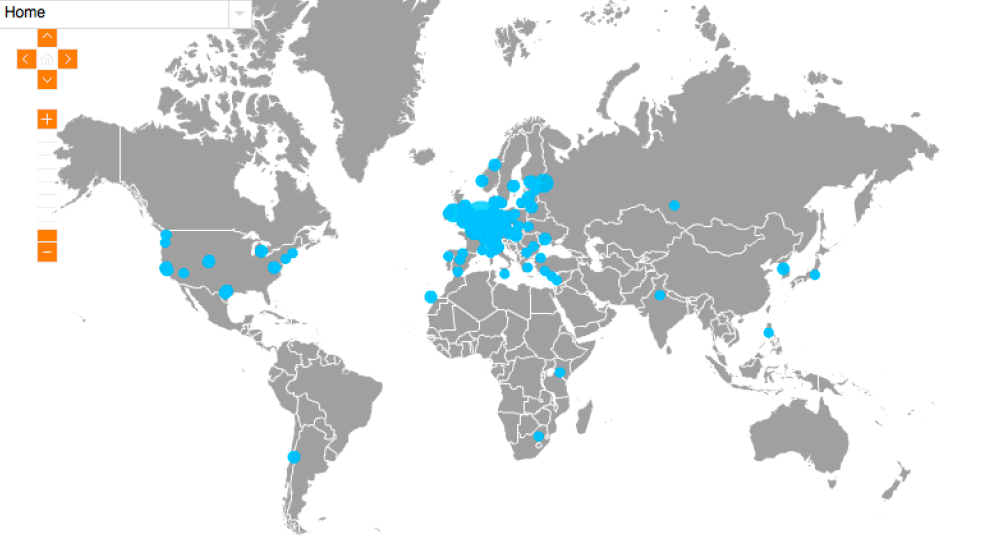 Our attendees also had a pretty broad range of functions. As you would expect, DBAs and developers made up the bulk of the crowd, but we had a good mix of IT managers, sys admins, security experts, product managers and web developers. This broadening of the community is quite encouraging. 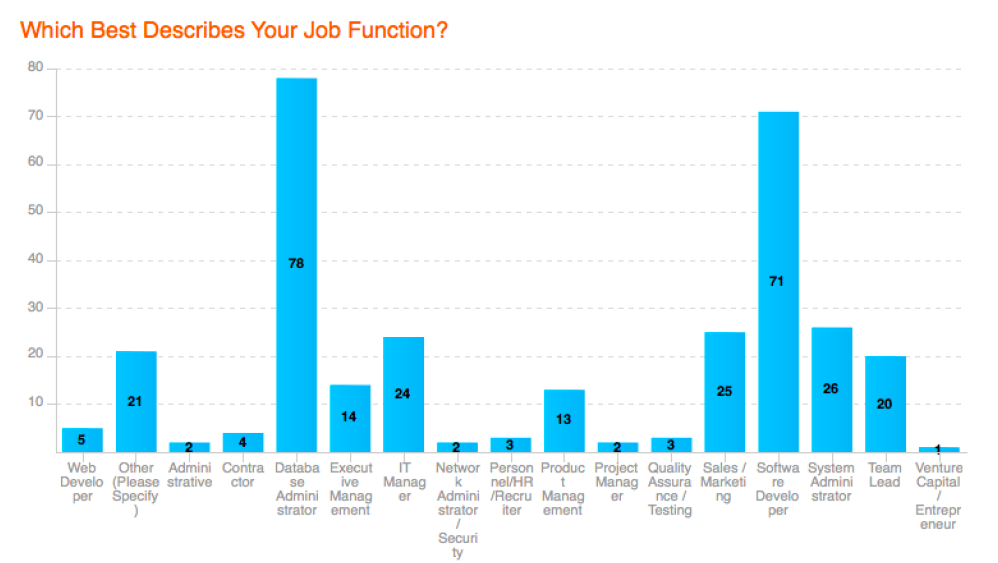 Also encouraging was the number of new faces this year. With the added number of people attending it’s obvious that we would have to have some new folks at the conference, but it turns out that over half of those in attendance were new this year. It’s also nice to see from the survey response below that a large number of attendees found out about the conference from friends and colleagues. We do our best to make Percona Live a good use of time and money for attendees and there are no better indications of this than repeat attendees and peer recommendations. 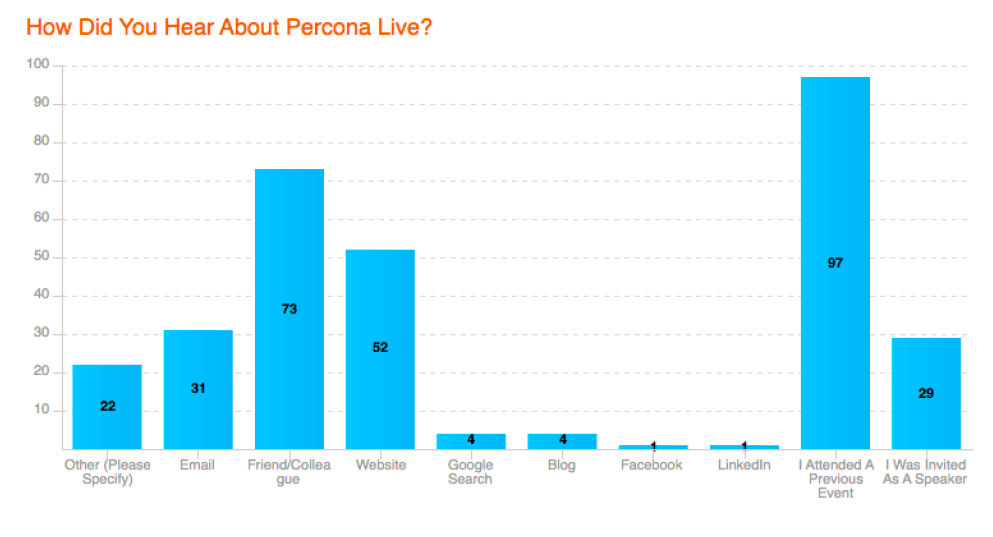 Another nice bit of feedback I received was that this year’s EMEA conference felt like a smaller version of the Santa Clara Percona Live. This is our exact intention and we will continue to invest in this show and in the region.

As always, though, the focus of Percona Live is delivering really good technical content. This is why people come back each year and tell their friends and colleagues.

Our highest rated tutorial at Percona Live Amsterdam was “Advanced Percona XtraDB Cluster in a nutshell, la suite : Hands on tutorial not for beginners!” Delivered by our own Frederic Descamps and Kenny Gryp.

This is no surprise really. We do like our beginner sessions, of course, and they are well attended, but our deeply technical sessions are what put these conferences on the map and it’s why we are still popular with the hardcore technical folks. Congrats to Frederic and Kenny!

The most popular sessions were:

What was really gratifying for me was the feedback I received, all of which was very positive. It’s very satisfying to get such favorable feedback and we’ll strive to make next year’s conference even better.

I want to thank all of the speakers who provided such great content, and all of the sponsors without whom we would not be be able to put on such a great conference.  Mostly though, I would like to thank the attendees who trust us enough to put good money down and spend a week away from the office to learn something new. We are grateful for that level of trust and will continue to work hard to earn it.

Jim Doherty has more than 17 years of marketing and engineering experience in technology companies. He has held leadership positions for Ixia, Certes Networks, Cisco Systems, and Ericsson Mobile.Jim also co-authored the "Networking Simplified" book series, with multiple titles including ones on Cisco Networking and WiFi security. He is a former U.S. Marine Corps Sergeant, with an electrical engineering degree plus a MBA degree from Duke. Jim and his wife Katie live in Raleigh, NC with their two children Samantha and Conor.